“When, among the happiest people in the world, bands of peasants are seen regulating affairs of State under an oak, and always acting wisely, can we help scorning the ingenious methods of other nations…?”

The legal and political process of devolution within the UK-Scottish relations contains similarities and potentials of remarkable comparative interest with the constitutional clauses of recognition of Basque historical rights or titles within the Spanish Constitution. Nowadays, the European Union (EU) framework is suitable in both cases to ease and foster this interest within a background of progressive co-sovereignty in the EU. The step towards a referendum in Scotland (9-18-2014) is a good example of recent advances in this sense through an agreement between the UK and the Scottish Governments. 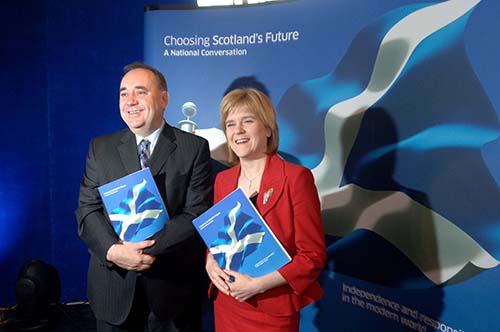 If in the Basque case we are talking from the point of view of a constitutional provision (1st Additional Clause of the Spanish Constitution), the Scottish case is based upon the idea of devolution (not necessarily written) but within the context of full historical national recognition of the Scottish nation.

The common point for both situations is the nature of agreement between parties throughout history (1), (in Scotland since 1707) (2). In common, we also share the current difficulties in recognizing that situation from the State and EU perspectives. Herrero de Miñon, has brilliantly demonstrated possible regimes for integration of the Basque Historical Rights within constitutional reality, while leaving to one side all sorts of political disagreements upon which many of the other studies were based (3).

For the British case, the devolution process could be easily considered as the last key moment in British “constitutional” history according to Wicks. This author has selected eight “key moments”: the 1688 “glorious revolution”, the 1707 Union of England and Scotland, Walpole’s long tenure (1721-1742) as the first Prime Minister, the 1832 reform of Parliament, the 1911 Parliament Act, the European Convention on Human Rights, the UK’s accession to the European Communities and the aforementioned Devolution legislation of 1998 (4). 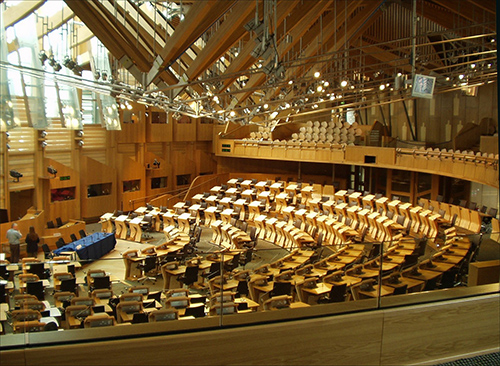 The Scottish Parliament | Photo by Wikipedia

Even a long time before then, Meadows states in 1976 the necessity to turn to the question of why devolution has become a political issue at this time. In general terms, the essence of the controversy is reflected in his following statement:

“Devolution! The very word contains a threat. The English pronounce it to rhyme with evolution, the Scots with revolution” (5).

However, authors like Bogdanor and Vogenauer recall the words of Dicey in his “Law of the Constitution” who emphasized:

“…a British writer on the Constitution has good reason to envy professors who belong to countries such as France… or the United States, endowed with constitutions on which the terms are to be found in printed documents, known to all citizens and accessible to every man who is able to read. Britain remains, together with New Zealand and Israel, one of just three democracies which are still not “endowed” with a “written”, or, more properly, a codified constitution” (6).

The option towards independence within the EU requires for the Scottish Government to obtain a wide majority on the referendum next September. Moreover, a clear result in favor of independence would give reason and more legitimacy to the independence of Scotland within the EU. Observing from the Basque Country, there are two main legal backgrounds within the Scottish proposal and the general agreement with Westminster:

–      The recognition of Scotland as a nation.

Regarding the first item, there is a claim for the recognition of the right to self-determination on the basis of the previous existence of Scotland as a nation. With regard to the example of Quebec, following the principles and rules stated by the Supreme Court of Canada on the case of Quebec (Consultative Opinion, 8-20-1998). In both cases, there is key role of concepts like negotiation, agreement or treaty (1707) and referendum within a context of new or post-sovereignty according to the ideas of Scottish professors like Neil MacCormick or Michael Keating, inter alia.

The proposal of the Scottish Government is certainly remarkable in four main areas:

a)        The concept of democracy: because it is based on the principle of self-determination, internationally recognised;

b)        The concept of “Constitution”: therefore, despite the absence of a written UK Constitution, there is a mutual recognition as nations as stated and assumed by the 1707 Treaty;

c)        Social participation: due to the fact that the process is open to society at large, also giving a wider option for young people from 16 years of age on;

d)        The EU integration process: recognizing the clear will of Scotland to participate within the EU structure according to the EU Treaties. 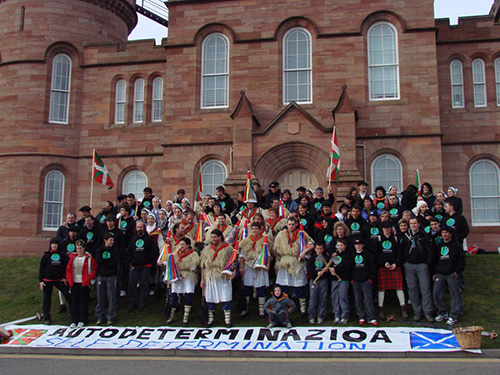 This process towards the sovereignty of Scotland is clearly committed to the rules of democracy. In fact, one of its main characteristics is the acceptance by both parties of the core part of their non written “Constitutions”: Human Rights and democratic principles.

A clear voice of Scottish society would imply certain effects and impacts for close or similar situations across the EU. In Spain, for example, the approach of the Spanish Government and the Constitutional Court made the Basque Parliament Act call for a consultative referendum in 2008 unconstitutional (7), while on 10-9-2012 a Catalan proposal in a similar sense was also rejected at the Spanish Parliament. Catalonia is still planning a public consultation next November 2014, even though the Spanish Government may not allow this event to take place.

Therefore, what seems void in Spain under the rules of a modern and written Constitution is perfectly viable without a written constitution and under pre-colonialism rules. In my view, it is indeed a question of democratic culture and State vision from an old democracy ruling during centuries in Great Britain.

(1) Authors like T. Urzainqui clearly disagree with the idea of agreement, whereas they consider absolutely evident that the Basque territories were conquered in their entirety through military and violent means at different moments of history. See his enormous historical and legal works clarifying the identity of Navarre as the Historical Basque State, while ‘Euskal Herria’ continues as its cultural global identity, principally through language. In other words, both are the same body with different titles:

(2) 1707 Act of Union between Scotland-England, article 1: “that the Two Kingdoms of Scotland and England shall upon the first day of May next ensuing the date hereof and forever after be United into One Kingdom by the Name of Great Britain And that the Ensigns Armorial of the said United Kingdom be such as Her Majesty shall appoint and the Crosses of St Andrew and St George be conjoined in such manner as Her Majesty shall think fit and used in all Flags Banners Standards and Ensigns both at Sea and Land”.

(3) Herrero de Miñón, Miguel. 1987. “La titularidad de los Derechos Históricos vascos”, in Revista de Estudios Políticos, no. 58. Charged with drafting and reporting on the 1978 Spanish Constitution he was the first to interpret Basque Historical Titles in terms of the right to self-determination, understood as voluntary integration within a different political-legal framework.

(5) MEADOWS, M. 1977. «Constitutional crisis in the United Kingdom: Scotland and the Devolution controversy», The Review of Politics, Vol. 39, No. 1, January, pages. 42 & 43. Moreover, in my view, with the concept of recovering and updating sovereignty for Scotland through Historical Rights or Titles.

Be the first to comment on "The Scottish Referendum: A Brief View from the Basque Country"