Manuel de Gotor is without a doubt an icon of men’s underwear fashion in Spain. This Basque designer born in Bilbao began his professional career in underwear fashion in the late 80’s with futuristic designs and innovative fabrics that adapt perfectly to the male body. 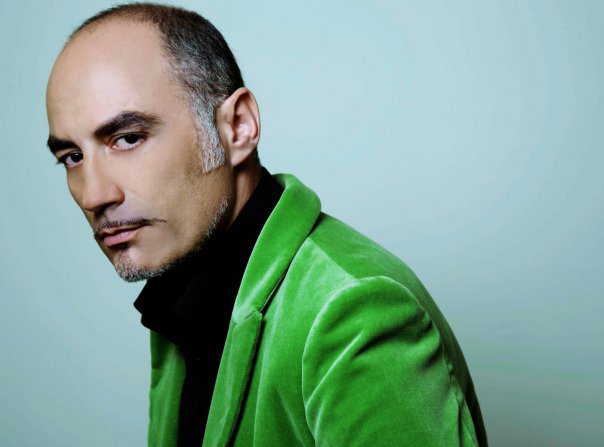 His collections are unique and exclusive. Many of his articles are numbered collectibles. De Gotor considers fashion an art and even some of his creations have become museum pieces. “One of my designs is displayed in the Museum of Men’s Underpants of Germany. It is one of the most emblematic pieces I have designed and is from my first collection entitled ‘All Yours’ of 1989,” the Basque designer explains.

He is considered to be one of the most important underwear designers in Europe along with the great master Nikos. Thanks to them the more classic and boring fashion for dressing men’s under layers have taken a second role. His collections have been displayed on the most important catwalks of Spain, France, Germany and Italy where his designs are especially admired. Among the important awards he has received over these two decades he has devoted to men’s underwear is the The Best of Fashion prize, which he was awarded just after arriving to Madrid, together with huge fashion figures like Christian Lacroix, Loewe, and others who were beginning their fashion careers like Devota & Lomba.

“I started creating underwear kind of experimenting, after presenting various collections at the Fashion Festival of San Sebastian, which at that time was the third most important runway in Spain after Cibeles of Madrid and Gaudí of Barcelona. I realized that there was something missing and it was men’s underwear and lingerie (as it was called in the beginning). The ultimate test for me was presenting the first collection of this kind ever at the fashion show which I entitled ‘All Yours’ and seeing the whole audience stand up in a raging ovation. Then it was confirmed by the specialized press which gave me a great boost. This was in 1989 and from that moment on I decided to specialize in this sector,” says De Gotor, looking back on his career.

Manuel de Gotor opted to change the boring interior fashion and reinvent boxers and briefs to enhance the male figure allowing men to feel attractive inside and out: “I create clothes for the uninhibited man, with nothing to hide, sure of himself, who likes unique clothing but at the same time comfortable and quality garments.”

Facing tremendously commercial brands of underwear, Manuel de Gotor offers a unique “savoir faire” with his designs. And after several years residing in Madrid he’s back in the Basque Country, living in a studio in Bilbao. His workplace is a huge loft located in the center of Bilbao where the designer has opened his showroom, his studio and his office where he develops his collections and projects every day. Besides, Bilbao will soon be making international news with the Europe Fashion Week to be held in Bilbao at the end of 2014, which will be run by the designer himself. With this runway, the capital of Bizkaia will be transformed into the European fashion capital.

“What I can say is that it will be the first great European fashion show involving some of the most important fashion designers of Europe for its first edition of the last quarter of 2014. It will be something new in the name of Fashion Week. Being the last runway of the European circuit will no doubt be a summary of what European fashion wants to show the world,” de Gotor relays with enthusiasm. 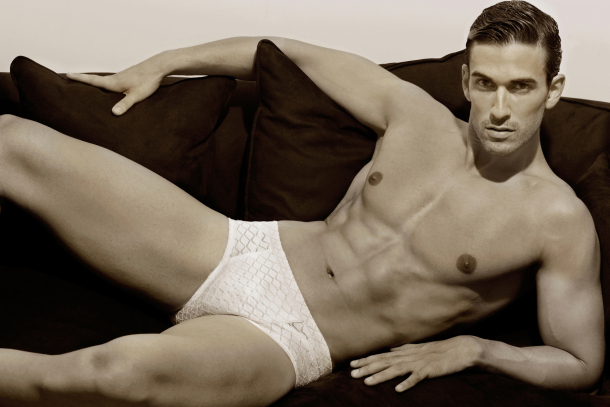 Another important development in the career of Manuel de Gotor for this Fall-Winter 2013-2014 season is the Únic One collection, a true exaltation of Haute Couture customized for male shirts.

A collection of rich fabrics, completely crafted finishes and patterns that enhance the male physique. Únic One gets its name from the exclusivity of this collection, because there is only one of each design.

With this collection the designer specializing in underwear, bath and accessories for men, gives an extra twist on his creations by adding his unique and exclusive shirts which will be released each season.

“This first collection consists of three lines that invite us to imagine and make up different situations and at the same time recapture moments. The collection features three lines: the first called the Promised Prince, the second, Oz, and the third, Post-industrial. It is a collection targeted to high fashion collectors and lovers of Haute Couture and good taste.” 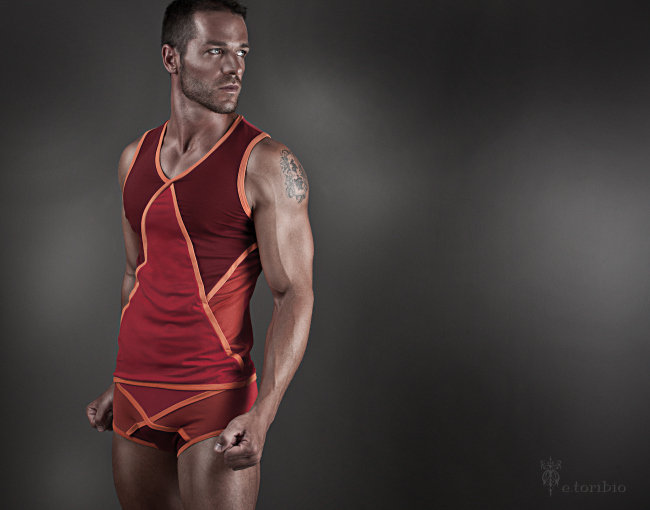 Getting to know Manuel de Gotor close-up is to discover a person with great culture and enormous creative sensitivity. In addition to devoting his body and soul to design, over the years he has been commissioned to major international art exhibitions and an exhibition dedicated to his beloved and admired Cristóbal Balenciaga, an international Basque who will always have a place in gold letters in the history of fashion.

“I had the opportunity of organizing a tribute to the great master entitled Cristóbal Balenciaga, One-of-a-kind Designer. It was really something special since there were so many big fashion designers present. Balenciaga will always be a benchmark in modernity and innovation and I think today’s designers are definitely influenced by the mark he made.”

The designer’s solidarity can be seen in his altruistic work as Ambassador of the Association of Positive Support, an entity working against AIDS. In the year 2011 he presented in exclusive collection “Connecting for Life” a benefit for this entity, which collaborates regularly with other personalities.

“I believe that during these difficult times solidarity is primordial and while I’m completely conscious of various causes, for me the fight against AIDS is a priority. I’m convinced that we are getting closer to the eradication of this horrific disease that has taken such wonderful people and the lack of funds for research drives the cure further away. Last year the Spanish Association against AIDS, Positive Support, appointed me Ambassador along with other important figures and my support for them will be clear this year once again with the creation of a product under my brand for this Association. I’ve designed a unique umbrella which we will present at two gala dinners to commemorate the international day against AIDS on the 1st of December. I’ve also collaborated for Rett Syndrome, a rare disease very hard to deal with, not only for patients, but for the families,” concludes Manuel de Gotor, one of the greats in Basque fashion.

The Legal Status of the Basque Language in France

1 Comment on "Manuel de Gotor: a Basque on the Conquest of the Interior World"