This past September 25th the Basques of the three provinces that make up the Autonomous Community of the Basque Country (Araba, Bizkaia and Gipuzkoa) went to the polls to elect the new Basque Parliament that will produce the next Lehendakari (President of the Basque Government) and his Government. At Basque Tribune we offered preliminary information about the elections and now we follow up with further analysis for our readers. 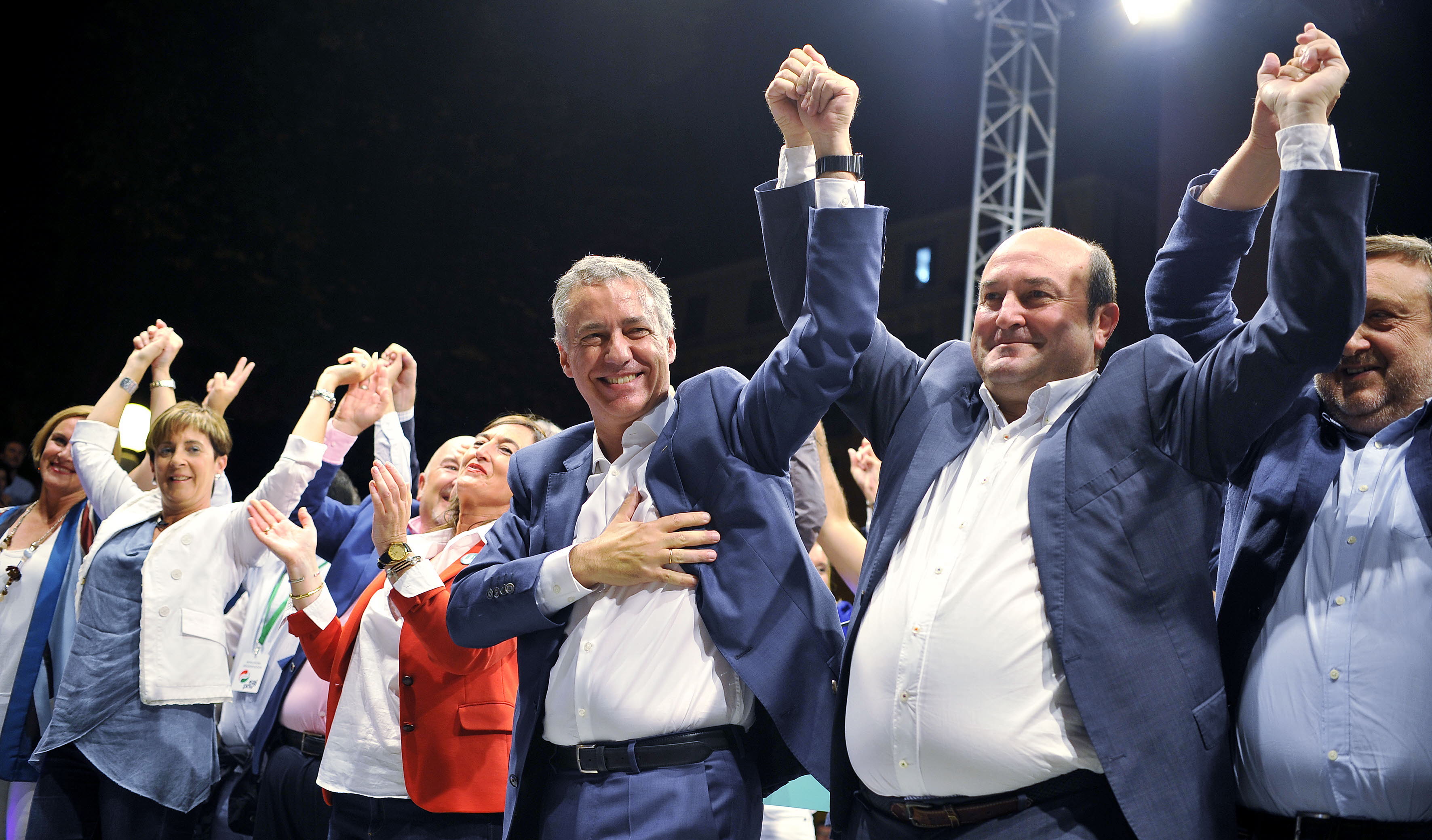 In these elections with a level of abstention higher than previous ones (62.2% participation), the undoubted winner of the elections was PNV (the Basque National Party) and its candidate, and current Lehendakari, Iñigo Urkullu. They received the most votes in the three provinces and an increase both in the number of votes and the members elected to Parliament. They obtained 37.6% of the votes and 28 parliamentarians, which in the previous legislature held 27 seats. It seems evident that Basque citizens have rewarded both the work carried out by the recent legislature as well as the commitment by the party to continue along the same lines.

EH Bildu, the pro-independence left coalition, has remained second with quite a margin, obtaining 21.2% of the vote and 18 members of Parliament. It lost 3 members of Parliament and more than 50,000 votes from 2012, but its leaders have been very satisfied in their assessment. What is certain is that the coalition was able to turn around a negative trend and recover momentum in regard to the last elections held to choose the Spanish Parliament. In addition, with the disqualification of Arnaldo Otegi, they managed to introduce new leaders that put forth a face of renewal. 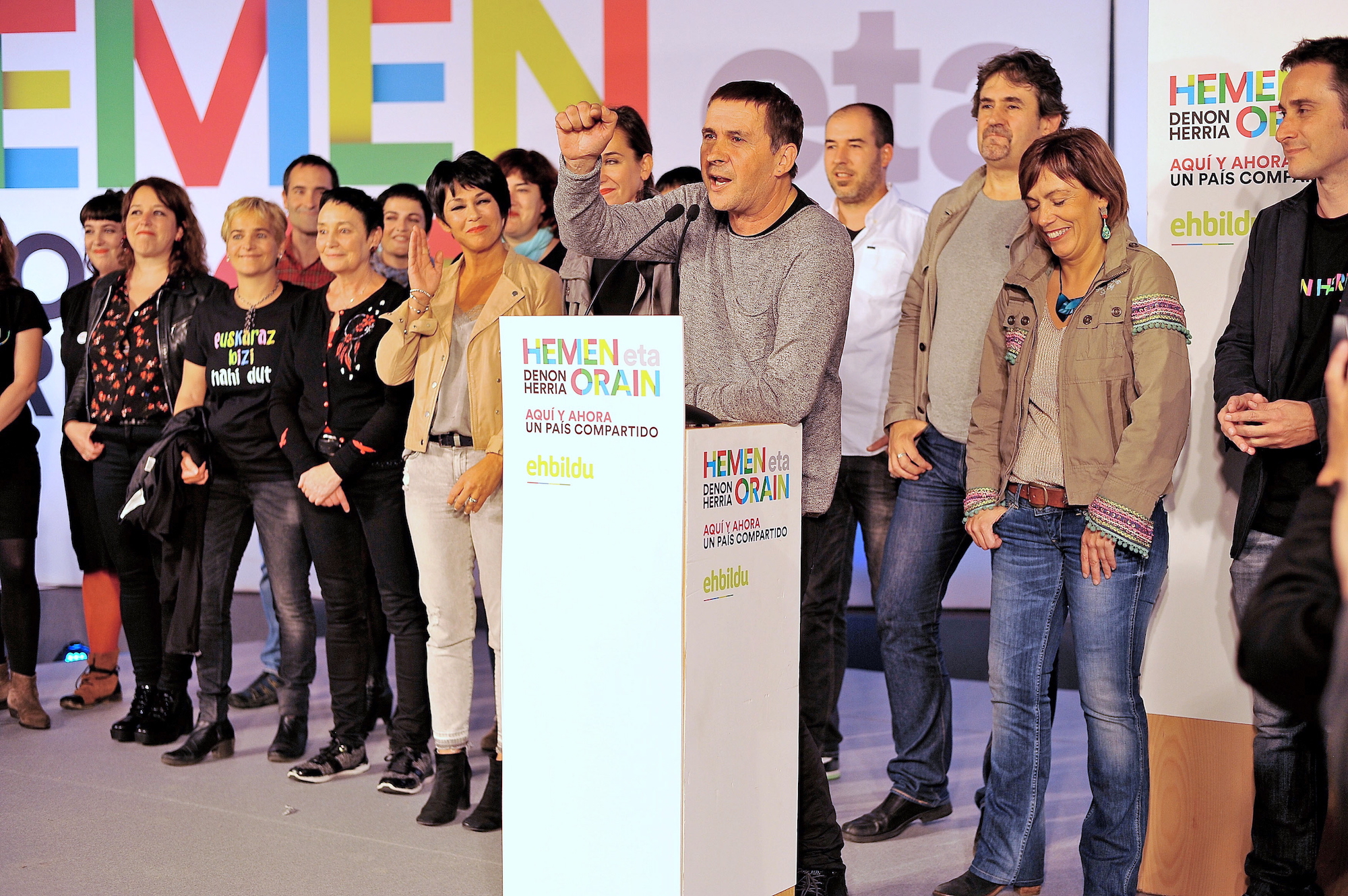 The third coalition in number of votes (14.8%) and seats (11) was the Elkarrekin-Podemos coalition headed by Pili Zabala. For a coalition which appeared for the first time in Basque elections to obtain such results could be evaluated as extremely positive, but the truth is that expectations were actually much higher. And why the high expectations? This coalition had the most votes of these three provinces in the elections for Spanish Parliament in June. But since then, in just a few months, they have lost more than half of the votes, which agrees with analysts who pointed out that tens of thousands of Basques voted simply to facilitate change in Madrid, but that in strictly Basque elections, they might vote differently.

Without a doubt, the Socialists of PSE-PSOE have been the biggest losers in this election giving up nearly half of their representatives (from 16 to 9) obtaining the worst results in the party´s history (11.9%). The transfer of votes to Elkarrekin-Podemos is one of the explanations, but not the only one. Spanish Socialism is going through some significant moments of crisis and this party, in the Basque Country, is well aware of it. In addition, they got the most votes only in one town of the three provinces, losing historical feuds, and as a result especially benefiting PNV. The reaction of their candidate for Lehendakari, Idoia Mendia, recognizing the overwhelming failure was her only resort. 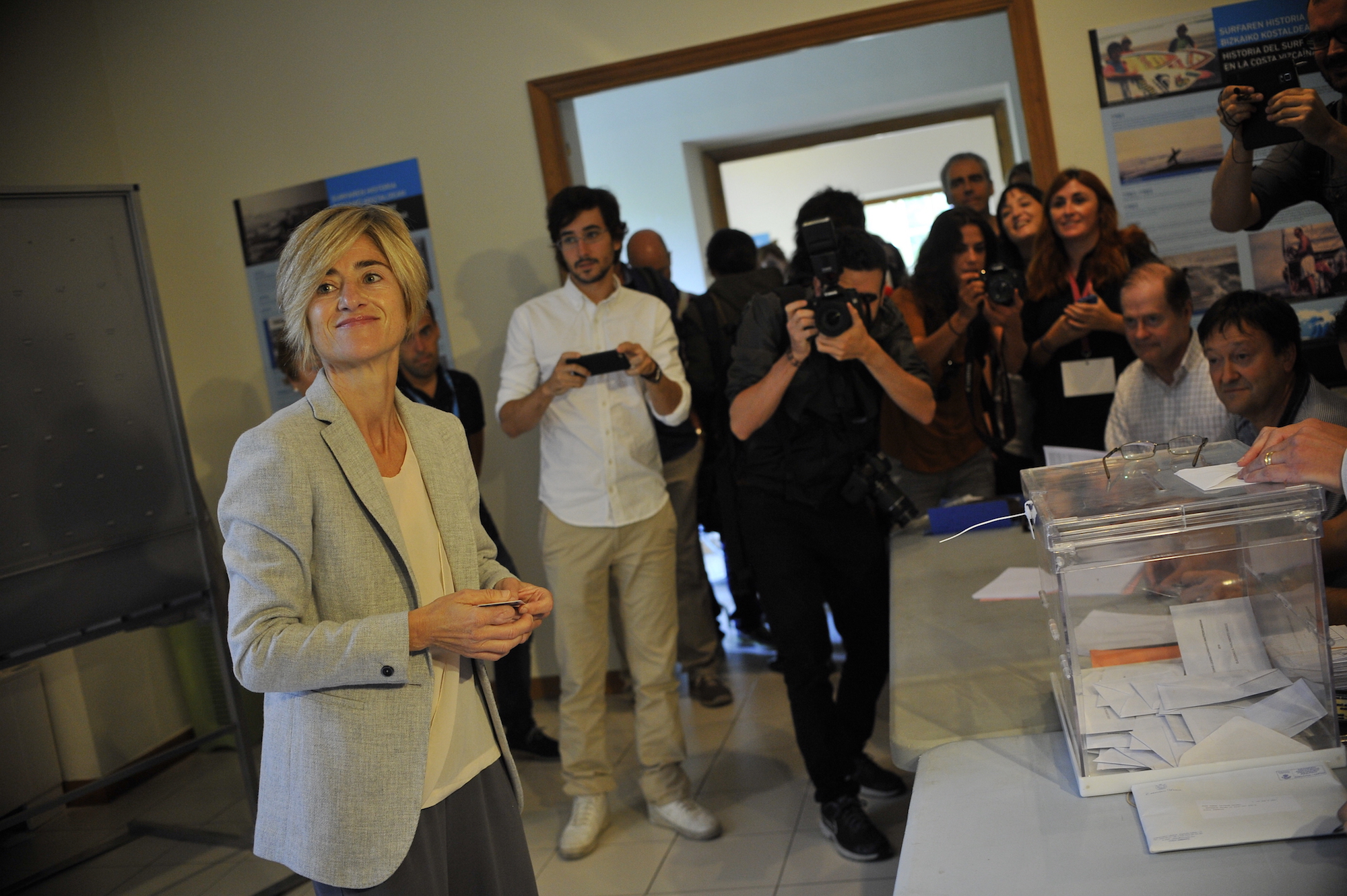 Finally, the Spanish right party, PP, also lost votes (10.1%) and one seat (from 10 to 9), but it can be said that PP has come out quite well, losing less than expected, especially in its traditional stronghold which is the province of Araba, where they managed to remain the second force, as a relief for their candidate for Lehendakari, Alfonso Alonso. Nevertheless, we can point out that the two Pro-Spanish parties who are against the right to decide on the question of independence of the Basque people only share 22% of the vote between the two and 18 parliamentarians, a historical low.

Now PNV’s responsibility is to the lead the process of conversations for the election of the Lehendakari and the constitution of the Basque Government. There is no doubt that Inigo Urkullu will repeat in the Presidency. Other options are mathematically possible but highly unlikely. 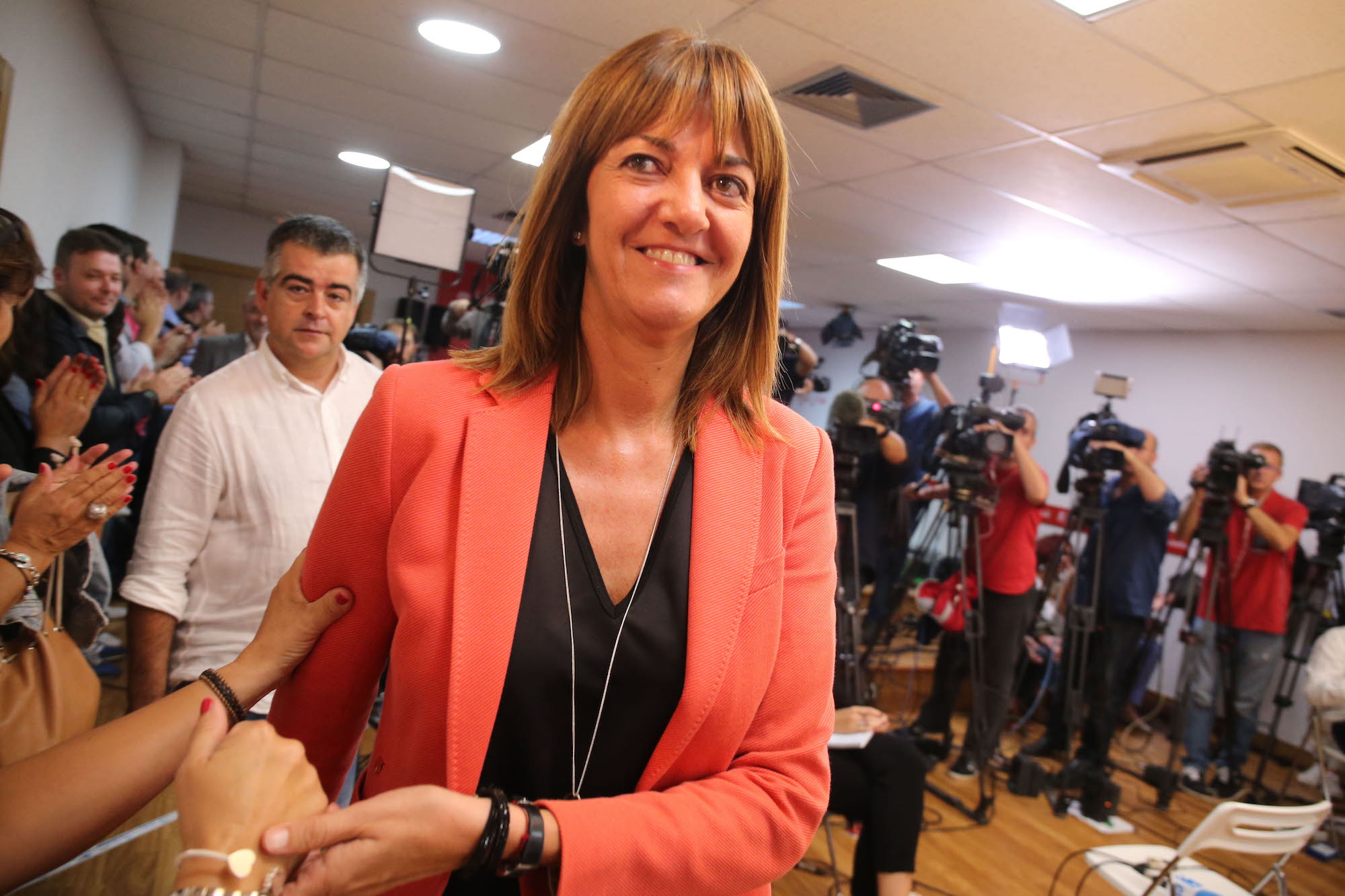 Sadness of the Socialists when assessing their results. El Diario Vasco

The election result has in addition brought to PNV the possibility of obtaining an absolute majority (38 members) with two of the other four forces present in the Basque Parliament, EH Bildu and Elkarrekin-Podemos. But, as a result of their initial meetings held, the option for PNV to govern jointly with either of them seems to be ruled out. Elkarrekin-Podemos has shown its desire to join the opposition and the option proposed by EH Bildu of a Government between these three forces, with the right to decide about independence as their aim, has already been rejected by the other two parties.

So, it seems logical to think that PNV prefers to make use of keeping some space for flexibility that the polls have given them and may choose to govern on its own and simply reach out for agreements depending on the issue in question when needed. This possibility is mathematically more difficult with either of the two pro-Spanish parties, because they do not reach 38 parliamentarians in either case. 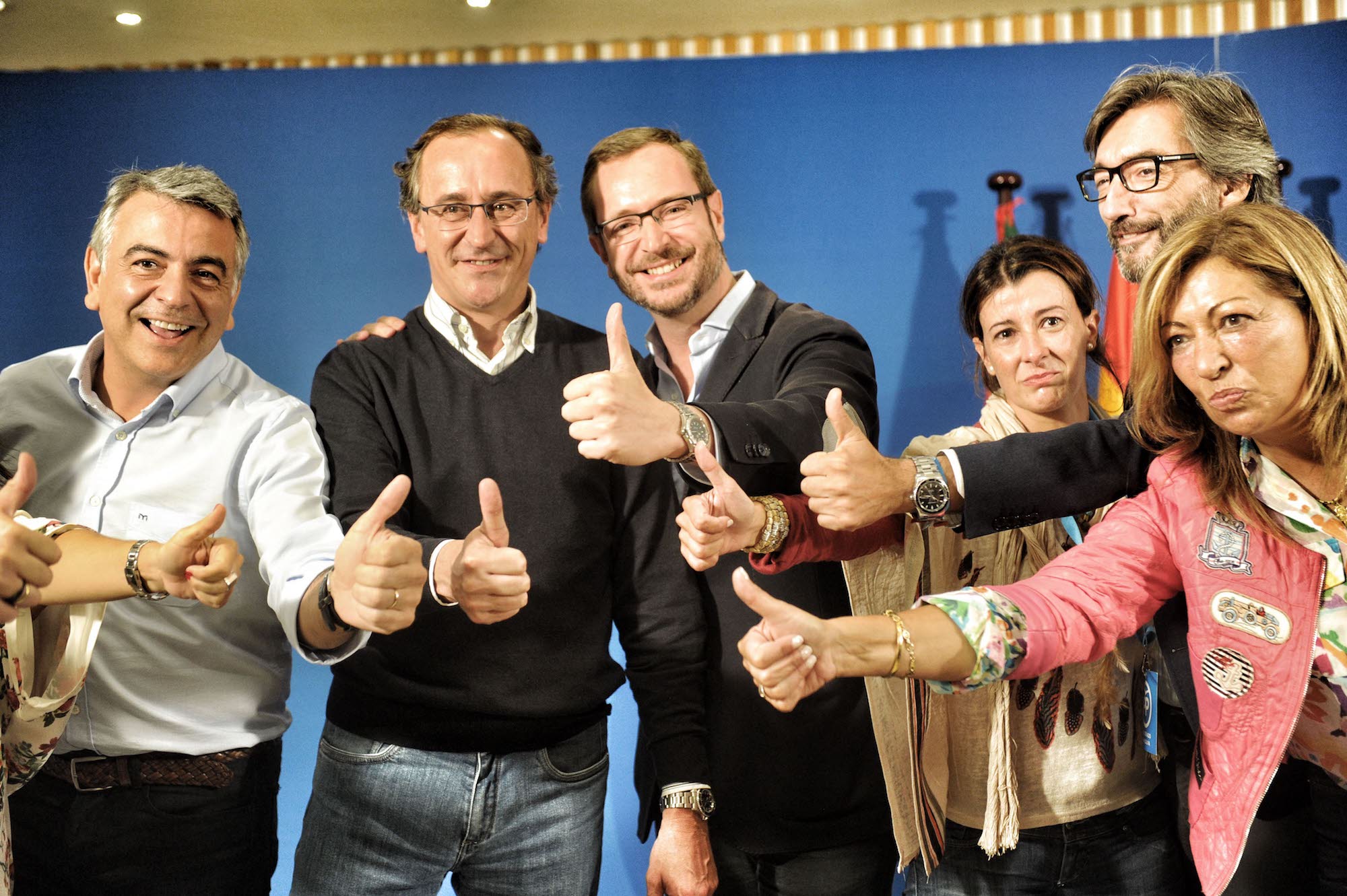 EH Bildu has already reminded the winner that in the new Parliament, 57 of the 75 parliamentarians are supporters of the right to decide about independence of the Basque people, although with different nuances between them. Therefore, the pro-independence coalition will try to get PNV and Elkarrekin-Podemos on board with a sovereign process similar to the one underway in Catalonia. However it doesn’t seem that the request will be successful because PNV is going to try to deepen its strategy of getting a new status for the Basque people based on bilateral relations with Spain.

Thus a very important term of legislature is about to begin for Basque society, with a new Parliament and a new Government, which we will inform you about in Basque Tribune when it is formed. Regarding the new Basque Parliament, incidentally, it is worth announcing an important fact: 41 of the 75 parliamentarians will be women. A symptom of the significant progress that is being given in favor of equality, although still much work is to be done.

Note from the editor: If our readers want to know the electoral results in detail, they can be found in this link of the Basque Government

Be the first to comment on "And the Basques Voted"