There are truths on this side of the Pyrenees which are falsehoods on the other. – Blaise Pascal (XVII century French mathematician, physicist, philosopher and writer).

All cultures have their defining themes. Culture however, has a way of collectively falling into the groove of conventional wisdom, seeing everything through the same prism and willfully blinding itself to selective or sometimes, just merely, unusual facts.

When everyone shares the same context, most problems of understanding are solved. So, in order to comprehend the subtleties of doing business with the Basques and/or in the Basque Country, I recommend a counterintuitive approach: embrace incongruity and accept exception to the rule as common law. You will then have established the right context to proceed in your dealings.

Willpower, coupled with contradiction, seems to be a defining factor in this peculiar country.  After all, the Basques are among the oldest inhabitants of Europe, deeply tied to their small corner of the world.  However, at the same time, the Basques were master mariners and among the first to ply the waters between the Old Continent and the New World, hunting whales, fishing cod, and establishing the first trading camps in Canada.

A Southern Atlantic European nation obsessed with ludic pursuits such as the joys of traditional (and new) cuisine, the Basque country stands out simultaneously for its values of thrift and hard work.

A group of people that has managed to migrate to and integrate into mainstream life in numerous continents with relative ease, from Idaho to Tierra de Fuego, wherever they go, the Basques nevertheless still maintain their strong, symbolic displays of identity.

The small realm clustered in the Pyrenean Mountains that has decided to look to the sea as its door to the rest of the world and for its own future survival, is characterized by a collection of paradoxes that has molded its mindset. One the one hand, we find a group of strong willed and resolved people.  On the other, we see a situation where individual drive has had to adapt due to the need to collaborate.

There is a relentless tension in most Basque business endeavors between harnessing the individual minded freedom of our culture with our traditional need to collaborate. This constant strain has defined the economic development of the Basque Country through the centuries. Born out of necessity (and perhaps a certain degree of clannishness), this small set of land has witnessed over the years a never ending process of  experimentation and creation of innumerable societies, groups, networks and other social structures in order to provide the support systems required by individuals to sustain their pursuits in the world. 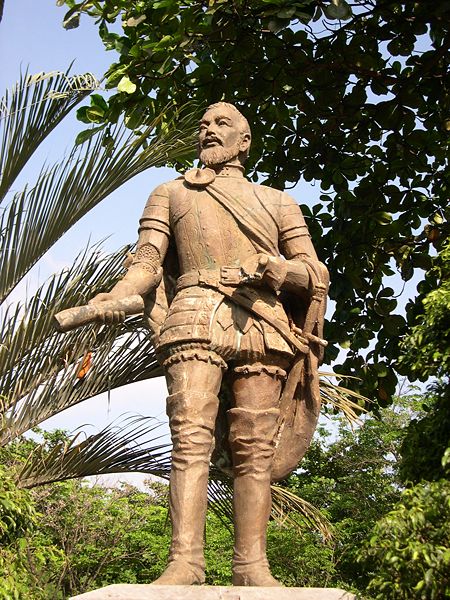 Every time I have to describe the special conceptual nature of our language (that is, quite often), I use as an example the curious relationship between having a “name” & “existing”. Essentially, there is no difference in Basque between concept and being. “Izena” (name), and “izan” (to be) are, at their root, one and the same. There is even an old saying which states “Izena duenak izana du“, meaning “that which has name, has existence,” which could be freely translated into “if it can be conceived it, it can be done”.

This can-do mentality is easily perceived as soon as you set foot in Bilbao and look at the city´s skyline – one immediately spots on the skyline its two largest buildings: the Iberdrola tower and the building of Banco Bilbao Vizcaya Argentaria BBVA. The city is after all the birthplace of one of main European energy utilities and a premier European retail bank. 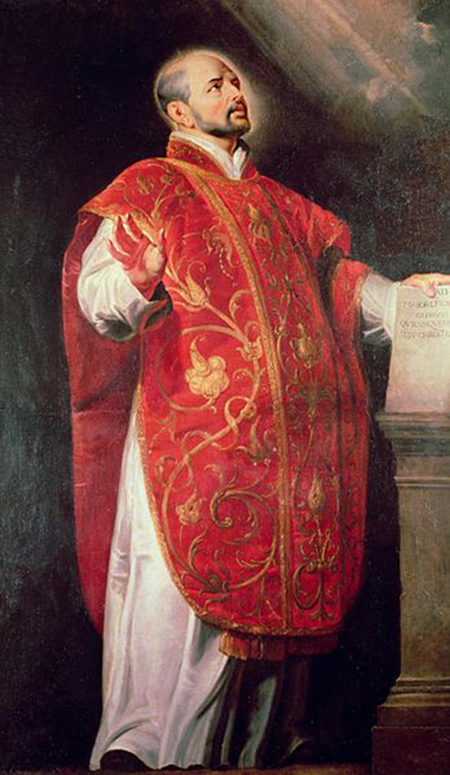 As Charles C. Mann latest work, ”1493: Uncovering the New World Columbus Created“ recently reminded us, globalization began back in the XVI century when Miguel López de Legazpi, the Basque founder of Manila, and his fellow Gipuzkoan Andres de Urdaneta, the navigator who guided Legazpi’s ships across the Pacific, achieved for the first time in history a continual trade between Europe and China, creating a permanent exchange of goods linking Asia, Europe, the Americas, and Africa. Up until then, all European commercial efforts with China, including the notorious previous effort of Marco Polo and his brothers, had failed. Silver was the main money supply in China, and these two Gipuzkoan pioneers identified this need, establishing the first European outpost in the Philippines to allow them to take advantage of the colony of Chinese traders established in Luzon, and using the Basque network that controlled the silver mines in the New World to secure the supply of this precious metal while, finally, achieving the no small deed of surpassing Chinese misgivings about putting the nation´s money in the hands of foreigners.

A network of men from a remote corner of the Pyrenees had hence managed to establish the first global system of exchange of goods, fueling the emergence of Europe as a world power, which had ever lasting effects on the global landscape.  Indeed, the vast majority of the brick and stone that make up the Great Wall of China as seen today, was delivered as part of the large transformation order by the last members of the Ming Dynasty with the silver provided through Legazpi and Urdaneta´s initiative.

This entrepreneurial can-do mindset, combined with a collaborative approach born out of necessity, and an emphasis on the achievement of the common good, has resulted through the years in an engine of new enterprises that have extended well beyond the economic realm. The two Basque men who created the Society of Jesus or the Jesuit Order, St. Ignatius of Loyola from the province of Gipuzkoa and St. Francis Xavier, from Navarre, ingrained this boldness and singular character into their new order. In 1549, St. Francis Xavier himself began the first Christian mission in the ‘til then isolated Japan, before setting sail to begin the first Christian mission in China. Previously, he had assisted on other missions; including those in India, Mozambique, Kenya or Socotra (an island off the coast of Somalia). 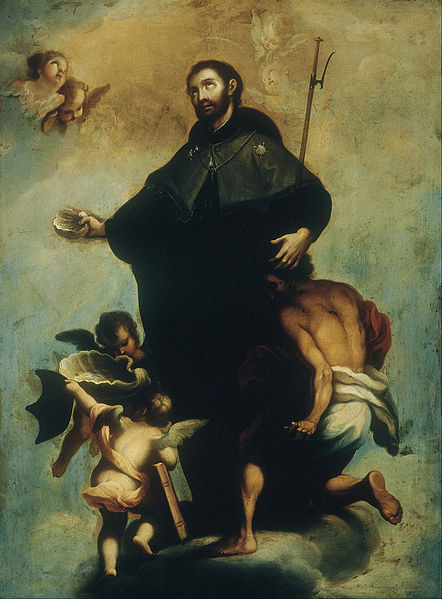 The Jesuits have since stood out for their willingness to go out into the world and thrive, maintaining their core values while adapting to the local identities, even in the most unlikely places in the edge of chartered physical world and distant cultures.

Coming closer to the 21th century, a vibrant worker cooperative movement in the four Southern Basque provinces of Biscay, Gipuzkoa, Navarre and Alava resulted in the creation of numerous industrial and service firms, deeply rooted in the local communities where they originated but, once again, with a strong international calling. Probably the best example is Mondragon Corporation, a cooperative group in which the most senior manager earns no more than eight times the lowest-paid worker in a group and that employs over 80,000 people in 27 countries in businesses that range from finance to general merchandise retailing to car parts to machine tools.

There is something oddly familiar about this constant search for equilibrium between a culture´s core identity and values and a process of reaching out to understand, create connections and do business on a global scale. The challenge of fostering individual entrepreneurship, so deeply rooted in the Basque character, while at the same time a drive to harness and sustain achievements over time through an inclusive shared communal effort, is almost second nature to us.

This search for balance is not exclusive to the Basque culture. On the contrary, you can find similar challenges in different degrees across many nations worldwide, but at the same time, it is a defining characteristic of Basque business culture. 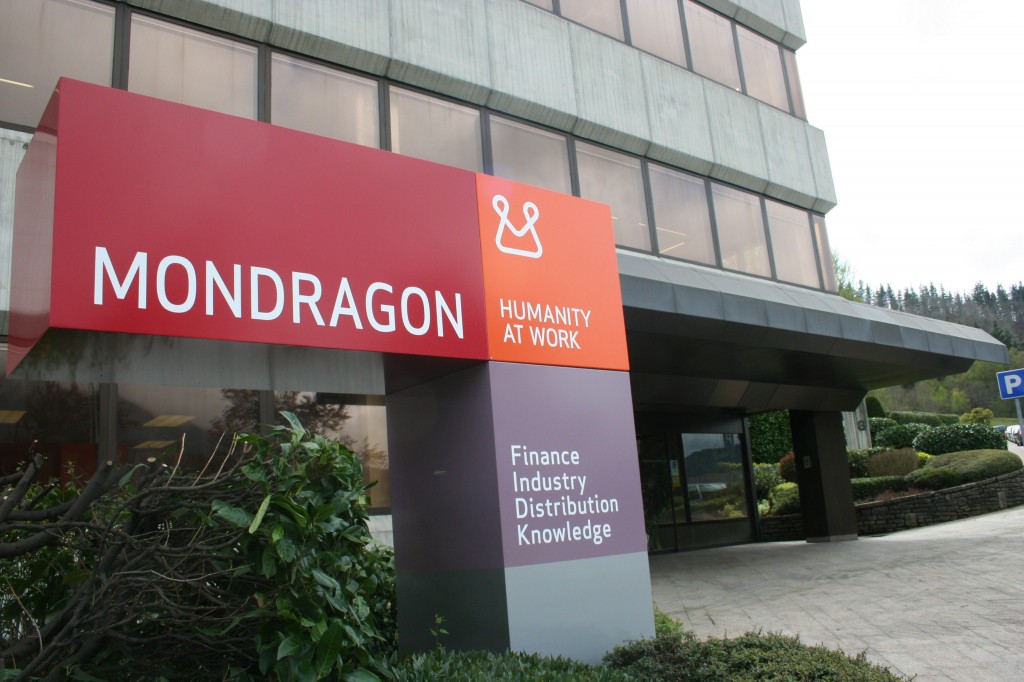 As a matter of fact, whether it is negotiating a joint venture with a potential German partner, working on a merger and acquisition operation with North American counterparts, signing a commercial agreement with Asian firms, or coordinating cross-cultural teams formed by colleagues of several different nationalities, I have been noticing a curious phenomenon. On each of the occasions in which those partners have spent enough time working with Basques/in the Basque Country to move beyond the natural early distortions and initial preconceptions, in most cases, people, regardless of their nationality or background, have ended up expressing at one time or another that: “This feels a lot like how we do things at home.”

After all, even in today´s globalized world, or perhaps better said: particularly within this globalized world, the international cultural tapestry at a local level is often composed by “cultural exceptions to the rule”. Hence, counterintuitively, our contradictions and uniqueness as a people make us very easy to comprehend. So it seems that, ultimately, exceptions such as the unique Basque point of view, can be the rule.