The undiscovered country, from whose bourn no traveler returns. – Hamlet (Act 3, Scene 1). At a first glance, the young Danish prince’s grave words seem to be describing death. A more positive interpretation of those words however is that he was actually talking about the future, an unknown place, “the undiscovered country”.

Regardless of which interpretation you subscribe to, the future seems to be a place of unchartered waters of which all we travelers seldom get a glimpse. Let’s then take a short trip (and return from it) and look at some of those rare sights from the future that we get occasionally, those major global trends that seem to be emerging, and will eventually take over that “undiscovered country”, in areas such as the economy, lifestyle and culture.

In advanced economies, with a few exceptions such as our small corner of the Bay of Biscay, “manufacturing”, along with closely related concepts such as “industrial policy”, were considered almost dirty words thorough the eighties, nineties and even through the first years of the current new century. This was the direct result of two narrow-minded and yet widespread points of view. The first one was a belief in outsourcing any activity that could be outsourced, using a cost analysis overly focused on the short term. The second one was a result of a false premise that equated advanced economies to services, drawing a rather artificial divide between industrial and service economies and determining that services were the only possible next step on the economy’s evolutionary ladder. This is the past. A recent past – but the past nonetheless. 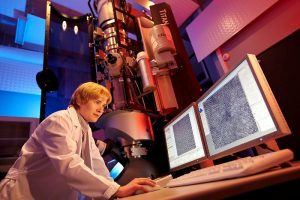 Recent experience suggests that the separation of production and its subsequent outsourcing away from the core, often, in the long term, leads to a gradual deterioration of a company’s ability to optimize other production processes that remain. For example, the local supplier network ceases its activity due to lack of critical mass in an ever shrinking industrial ecosystem as a result of these policies. Companies lose the opportunity of entry into those new sectors related to those areas of manufacturing that have been abandoned (i.e. the technology that has resulted in the current led lighting revolution coming from South East Asia was started by American companies that previously completely outsourced the production to that area.)  Last but not least, it seems that the ability to develop complex manufacturing processes is as much a driver of innovation, as is the creation of new products or solutions.

The latest recession has proven that those economies with a robust manufacturing sector have not only been more resilient to the crisis, but they seem to be coming out of it with a more solid and inclusive (with smaller degree of income distribution differences) economic growth.

We are at the dawn of a new (third) industrial revolution which has ironically been born out of new forms of production. The vision of the Third Industrial Revolution conjured by Jeremy Rifkin is right around the corner. The convergence of communication technologies with new energy systems (renewable and efficiency) along with digital manufacturing methods (additive three-dimensional printing, and other possibilities in bio manufacturing and nanomaterials) will lead this revolution. Emerging developments in areas such as energy, life sciences, transportation, environment or communication will transform our economy and society. But only countries that can establish strong links between research, manufacturing and internationalization, with a shared vision of the common good, will be able to take full advantage of it.

According to an upcoming research report on the state of Silicon Valley cited in the MIT Technology Review, the Valley has gone through five technological waves since 1950. Each of these periods have lasted for about 10 to 20 years following similar patterns of a frantic start, a subsequent consolidation period and a maturity deployment era. The first wave encompassing the 1950s and part of the 60s had defense as its driving force, then came integrated circuits in the 60s and 70s, followed by personal computers in the 70s and 80s, the Internet in the 90s and the last wave of social media, started in the 2000s and has lasted until now. 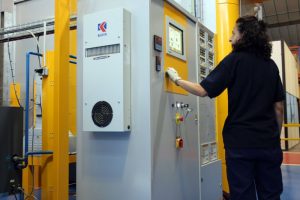 Hence, if Silicon Valley continues with its patterns, the social media period will soon give way to a new wave, and while it’s too early to know which will be the dominant tendency for the next couple of decades, all signs suggest that it will likely bring the Valley back to tangible, manufactured products, in areas such as the Internet of Things involving sensors in wearable devices, and a combination of big data, software and hardware.

Moreover, observers in the Valley are noticing that there is already a generational change under way, young newcomers that do not seem to be as interested as their predecessors in code and purely digital projects, and they are more excited by 3D printing, drones or robots. In short, they want to build and manufacture things.

Much like Mark Twain’s case, the reports about the death of manufacturing in advanced economies therefore seem to have been greatly exaggerated.

There is a global trend of increasing interest in food and cuisine, as evidenced by movements prioritizing organic farming, local nearby seasonal production, etc., along with the establishment of certain chefs as high-profile personalities with strong personal influence and appeal or the increasing media attention received by the annual publication of different restaurant rankings.

Now that “culinary awareness” is awaking in the world, those nations with a strong traditional gastronomic heritage have started receiving growing attention by the global public eye. The culinary credentials of the Basque Country are strong, and even unique, within this global landscape. The Basque Country accounts for 20% of the Top 20 restaurants in the world; San Sebastian boasts the largest concentration of Michelin Stars per capita in the world and the Basque Culinary Center (BCC) is the leading culinary university in the world. 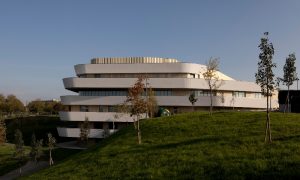 The Basque Culinary Center, the leading culinary University in the world. Photo BCC

The BCC has decided to go one step further and push the boundaries of culinary space, entering new areas previously thought unrelated to food or cooking. With a global and multicultural vocation, the BCC has joined initiatives ranging from Ferran Adrià’s innovative Bullipedia, pioneering business incubators for entrepreneurs like “Culinary Action!” or “DigEatAll” to the launch of the Gastronomix program which uses gastronomy as an engine for social and labor integration.

Moreover, until now there has not been one definitive global prize for culinary excellence that recognizes the outstanding careers and contributions of leading chefs. The BCC just recently announced its decision to fill this space and create annual recognition for the career accomplishments of one outstanding chef. Hence, chefs worldwide will now finally have their own “Culinary Nobel” type of award. In a prize  equivalent to other  sectorial awards such the Pritzker in architecture, one individual chef will be  selected  by the BCC’s prestigious International Advisory Council, a group comprised by many of the world’s most prestigious chefs, and recognized for lifetime achievement in a ceremony to take place in the Basque Country. The BCC is capitalizing on a traditional local reality to respond to emerging global trends and interests.

In 2050 the world population will reach 9.2 billion people (about 2 billion more than today) according to the conservative scenario of projected population growth “World Population Prospects” published by the UN.

As Jack Goldstone noted in his much discussed article on Foreign Affairs, “The New Population Bomb: The Four Megatrends That Will Change the World,” the relative demographic weight of developed countries in the world will be reduced by almost 25 percent. In 2050 almost 80 percent of world GDP growth will occur outside Europe and North America. That is, the share of world GDP produced by Europe and the US in 2050 will be less than 30 percent, a scenario unseen since the eighteenth century.

The World Bank predicts that in just two decades, the number of middle class (those with the ability to purchase consumer durables such as cars and appliances) in developing countries is 1.2 billion. This means that the sum of the middle class in emerging economies will be greater than the total combined population of Europe, Japan, USA and Canada. 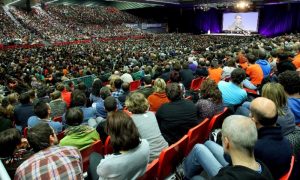 In an increasingly connected world, the preservation of cultural uniqueness will be a challenge in the future. Photo: El Diario Vasco

The ramifications and effects of this megatrend are vast. One of them is the fact that the creation of true “global identities” will not be a mere imposition or adoption of a single dominant culture, language or standard nor will it be possible to isolate oneself based on his or her own national distinctiveness. The emerging tendency, is rather, an equilibrium between adopting what passes for global standards, while nurturing and evolving local ethos simultaneously. In a brave new world with an empowered middle class composed of millions of citizens from Lagos to Beijing or from Mexico City to Kuala Lumpur, globalization and global standards will have a local cultural component. It will be universal with a local sensitivity, or it shall not be at all.

As with any other complex social construction, it will be a challenge: preserving cultural uniqueness while thriving in an increasingly more connected world, maintaining your native tongue while working in other languages, keeping a healthy equilibrium between your roots and having a global reach as a nation.

Does this challenge, from a not so distant world, ring a familiar bell in the Basque Country?

Having as part of our legacy the “ingredients” that comprise some of the latest global economic, lifestyle or culture trends (manufacturing, inclusiveness, gastronomy, globalization with local roots…) does not necessarily guarantee, however, that the Basque Country will take, as a society, the leap into the future that the always doubtful Shakespearian character was afraid to take. The Basque Country has simply enjoyed a head start in those areas.

Steadily building upon our core values as we move into the future, without treading from the path as a result of short-sightedness is quite a challenge, especially if we take into account that, more often than not, short term concerns are what constantly steer the wheel one way or the other.

Taking the leap forward requires, ironically, continuing on the same path, into a whole new future and a whole new – but perhaps not so “undiscovered” – country.