On November 30, 2014 more than 500 Basque people, by birth or association, were in prison for reasons related to the violence carried out by ETA or related organizations over the past 37 years in the Basque Country, Spain and France. The activity ranges from direct participation in the preparation and/or execution of violent actions resulting in death, injury or property damage to defending politically or through the media the points of view of the self-named “ezker abertzalea” (left-wing nationalism) as well as organizing activities supporting fugitives and prisoners or participating in related socio-political organizations, etc. Spanish legislation has been gradually giving equal status to violence related activities, even remotely, with the actual exercise of violence, and giving them all enormous penal sanctions, unknown in the European countries of the area. 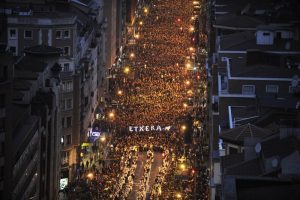 This characteristic explains the apparent incongruity that the number of imprisoned reached record highs (about 800 inmates) in the period between 2007-2011, a time in which the violent activity of ETA was almost residual (with a total of ten people killed during that 5 year period, which was the last period of its armed actions), but in which many police raids against the “political branches” of the armed organization that renounced violence in October 2011 took place. The reduction, some 200 in the number of total prisoners from 2011-2014 does not respond to any political strategy of peace making, but it is mainly due to being set free, after having completely fulfilled their sentences, those who were imprisoned in the 1970s and 80s and, especially, because of the reversal, in October 2013, by the European Court Of Human Rights of the so-called “Parot doctrine” effective since 2006, which retroactively deleted sentence reductions to prisoners initially sentenced to prison for centuries long. The current figure is, for the first time in 15 years, slightly below average statistics of Basque prisoners during the period from 1978-2015, which would be more than 525 years.

Together with the exaggerated nature of sentences by the courts (the Spanish National Court, in almost all cases) we find a tenacious political will of the Spanish Government to extend, even apart from initial provisions of the Act, the stay in prison for these prisoners, with the acquiescence of some extremely submissive courts and public opinion strongly pressured by sectors of victims with great prestige in the field’s most right-wing and centralist of the media. It happened in the case of the aforementioned 197/2006 doctrine or “Parot doctrine”, and was repeated once again in the case of the European directive which establishes that member countries are required to count, regarding the maximum period of imprisonment, the years of imprisonment in another member country. Spain seeks to circumvent this European standard, to avoid having to apply it in numerous cases of Basque prisoners who have previously remained primarily in French prisons. The most progressive legal scopes are increasingly reluctant to support such pseudo-jurisdictional decoys, but the will of the Government is still prevailing, at least until international bodies get involved. 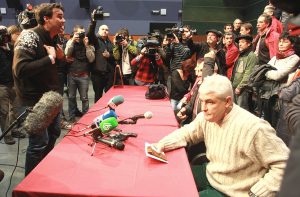 This political strategy, shared with nuances by the two major Spanish parties that have alternated in Government since the transition after Franco’s death, obviously pursues maintaining the maximum possible number of these inmates in prison, doing so even if they violate the unheard of, such as the general regulations about the sick or elderly inmates. On the other hand, after the failure of the talks in Algiers between the Government of Felipe González and ETA in 1989, first Spain and then France have later implemented a policy of dispersal of such prisoners in prisons far from the Basque Country, in small groups based on criteria known only by the political-penitentiary administration. The official argument that such scattering of prisoners would help the dissociation of inmates with regard to its organization was false since its inception, but the situation has lasted for a quarter of a century and remains in force, mainly as a punitive method against those associated to the prisoners, who are obligated to make long trips to visit their relatives as well as ensuing accidents which have claimed many lives.

Government spokespeople and their partners resort to the argument of the alleged impunity associated with the more or less widespread release that would result from the mere application of the ordinary penitentiary legislation. It is a thesis that struggles with the evidence that in total, such prisoners have completed, during the past 37 years, altogether, more than 20,000 years in prison. This contrasts, by the way, with almost absolute impunity for some of the worst episodes of political violence in the Spanish State during the last century. From such a fallacy other arguments are derived which are equally misleading, but very useful to prepend the punitive zeal to political wisdom: social alarm, the absence of repentance, etc. 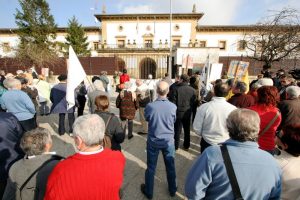 What is correct and verifiable is that, as election results recorded during the last few decades repeatedly show, the number of adherents to the left “abertzale” in the Basque Country is between 250,000 and 300,000 people, and the average figure of inmates means that one of every 500 of those people is imprisoned. If we add to this the factor of rotation of the imprisonments, it is easily understandable the role that these prisoners have in politics and in the experiences of that large sector of the Basque population, which they unite and strengthen, connecting at the same time with people from more distant political sectors, who feel solidarity with them.

Only a narrowly sectarian and anti-political view of the issue could ignore its significance and insist on its endurance through time.

Be the first to comment on "Prisoners: a Critical Issue in the Basque Political Agenda"