Since our beginning in July of 2013, we have strived to attract renowned experts to advise us in our efforts to publicize to the world a broad view of the Basque reality in various fields. For us it has been very enriching to have their opinion and experience. Therefore, it is an honor for Basque Tribune to announce a new addition to the Advisory Council, the addition of Javier Etxebeste (Pamplona, 1961). 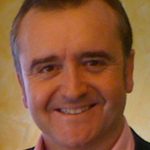 Etxebeste has an MBA from Purdue University and a Bachelor´s degree in Economic and Business Sciences from the University of Deusto, where he has been a professor. With more than 25 years of experience in senior international management and passionate about new digital business development, he is currently founder and CEO of Lokku Ltd., a company based in London dedicated to online real estate searching, using the Nestoria search engine.

He also has a long history with Yahoo!, having been General Director of searches and E-commerce at Yahoo! Europe and in 1999 was the first General Director at Yahoo! Spain, and President of Yahoo! Iberia until branching out with his own initiatives.

He was previously Sales Director at Pepsi and Chief Financial Officer for Southern Europe of Pepsico Restaurants (Tricon). He has also worked for more than seven years in the world of consulting for firms like Bain&Co., Cluster-Diamond and The Mac Group.

Etxebeste is also recognized as a prestigious public speaker, having appeared at the Senate of Spain, Accenture, and PWC among other companies and institutions.

Basque Tribune is deeply appreciative of Javier Etxebeste for his involvement in this exciting project of ours.

The members of the Advisory Council

Be the first to comment on "Javier Etxebeste, New Member of Our Advisory Council"