They left happy and hopeful. According to various testimonies, when France drafted all males aged 18 to 49 on July 31, 1914, and on August 7 when thousands of Basques of the Northern Basque Region headed to the Bayonne station, the streets were filled with applause and encouragement. Days prior, there were incidents in Bayonne between pacifists and supporters of the war. But once Germany declared war on France and entered into its territory, the pacifists were silent. All united against the invader to defend the “nation”. The First World War had begun. Everyone expected to win it in a few days and return home before the end of summer. 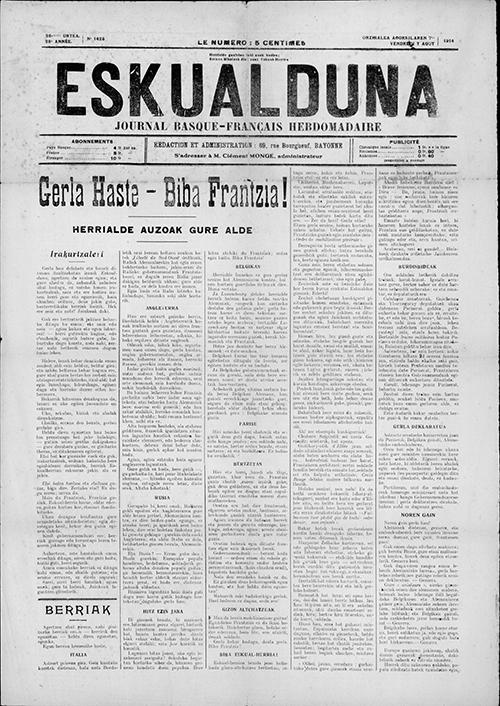 Cover of the August 7, 1914 Eskualduna bilingual magazine published in Bayonne.

Not all went to war, since thousands of Basques had already left their villages and had been considered objectors. Most went to America and never did military service so they were evaders. A few returned to the war, but most remained resistant. Others, however, crossed the mountains and deserted. Many of the deserters and evaders were from adjacent Navarra towns. In Aldude, 87% of the men called to war did not go. Most of the deserters fled in war time, when they received permission to spend a week at home. They did not want to go back to the hell that they had lived, because they were almost certain that they would die.

In the beginning they had no idea what awaited them. First, they went to Alsace. They thought that they would quickly regain that territory taken by Germany in 1870. The Basques were located there. During the first two weeks they did not hear a single shot; they walked miles and miles, but they didn´t see even one German. Some became victims of pure exhaustion and the first Basque, François Latournerie of Biarritz, died on August 11. The following days three other Basques were killed, shot or caught by explosives; the three were only 21 years old. But real war broke out for the Basques on August 20. 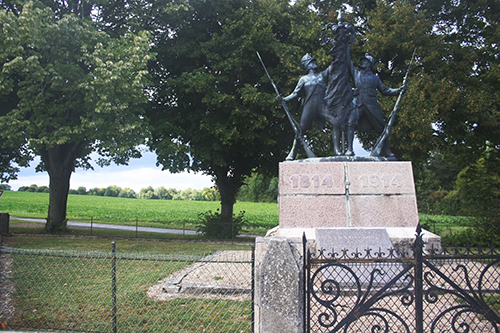 The Monument of the dead in Hendaye | Photo by Eneko Bidegain

The majority of Basques were grouped in the 49th Infantry Regiment of Bayonne and the 18th Infantry Regiment of Pau, as well as other regiments of the Aquitaine region. Their task was, along with others, to participate in the Battle of Charleroi (Belgium). The Basques were located in the area of the village of Gozée. The Germans shot them from hiding places. That August 20th, 47 Basques were killed. Two days later another 69 of them died. In that first month, 266 Basques in total died. That first month of the war was the bloodiest for Basques.

After that battle, day by day the German army pushed the French army back, almost to Paris. Only at the last minute, France managed to protect Paris, thanks to the battle of Marme in September 1914. At that time, the front was stabilized and until the conclusion of the war, a war of positioning was fought: the French and German armies were divided by a line between Switzerland and the North Sea. The majority of Basques were concentrated in one particular region, the territorial collectivity of Aisnes, in the vicinity of the village of Craonne, at the foot of the path called in French “Chemin des Dames” (literally Ladies´ path). 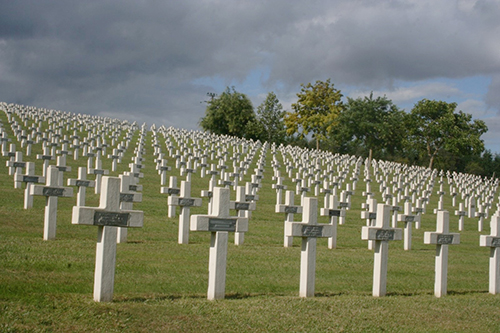 Months passed in this strategic location, alternating shifts in the trenches with shifts in the rear lines. The danger of death was constant, although it is also true that not every day was spent in full blown battle, there were quieter days too, despite an occasional bomb falling. In addition to watching over the front line, they were forced to live in deplorable hygienic conditions in the trenches: spending entire days in puddles and mud up to their knees, accompanied by rats and lice and the corpses of fellow soldiers rotting all around.

During the first months of the war the Basques were together because the army divisions were organized geographically. However, as the war began to drag on, the Basques remained grouped together less and less: many died and as the regiments lost people they had to incorporate new members, but from various locations. They also sent Basques to different regiments in other areas. They participated in well-known battles of the Western front, like the Battle of Verdun, in 1916, which the Basques of that time referred to as “hell”.  There were at least 547 Basques who died amidst those shots and bombs. 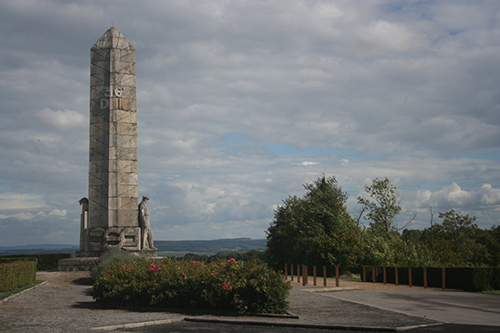 The Monument of Basques in Craonnelle | Photo by Eneko Bidegain

Be the first to comment on "Basques from the Northern Basque Region and the First World War: Shooting at Smiles"