Without a doubt, surfing is an activity that´s in style in today´s Basque Country: plenty of local surfers; thousands of visitors from all over the world; prestigious championships; beaches, waves and universally known spots; a high-quality surf industry… all signs that fully confirm this assertion. But how did all this begin? 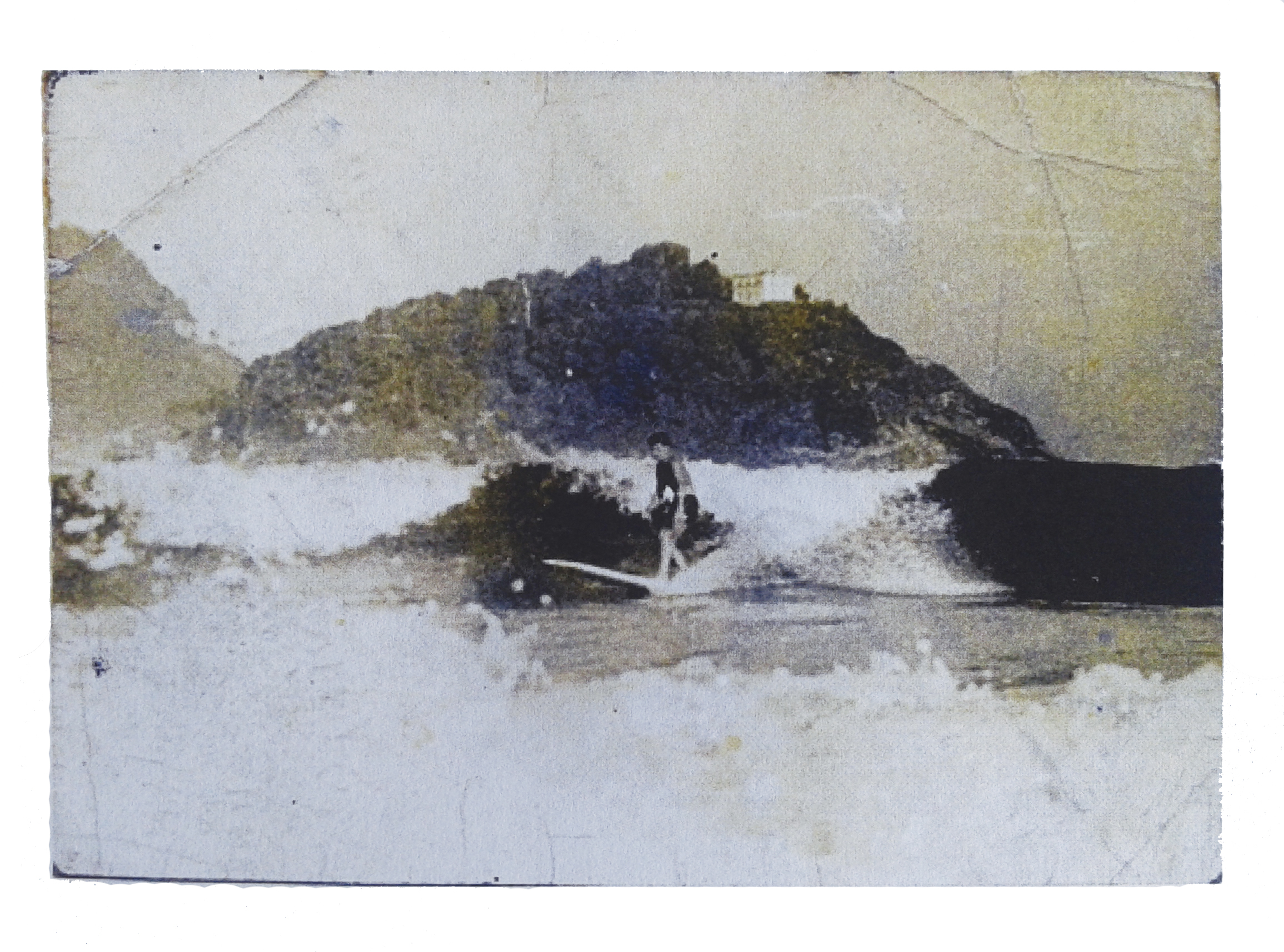 It´s commonly accepted that the cradle of European surf is a city of the Northern Basque Country, Biarritz. Although it was September of 1956 when Peter Viertel and Georges Henneboute made their first immersion into this sport, 1957 is considered the year of reference, since it was then that a small group, formed by Peter Viertel, Jacky Rott, Joel De Rosnay and George Henneboute, launched to conquer the waves of La Côte des Basques as the beach is called in French.

The two Californians Dick Zanuck and Peter Viertel had arrived to Biarritz in 1956 for the filming of The Sun Also Rises. Zanuck, the film producer, was an experienced surfer and had hired Peter´s services as screenwriter to do an adaptation from the Ernest Hemingway novel. 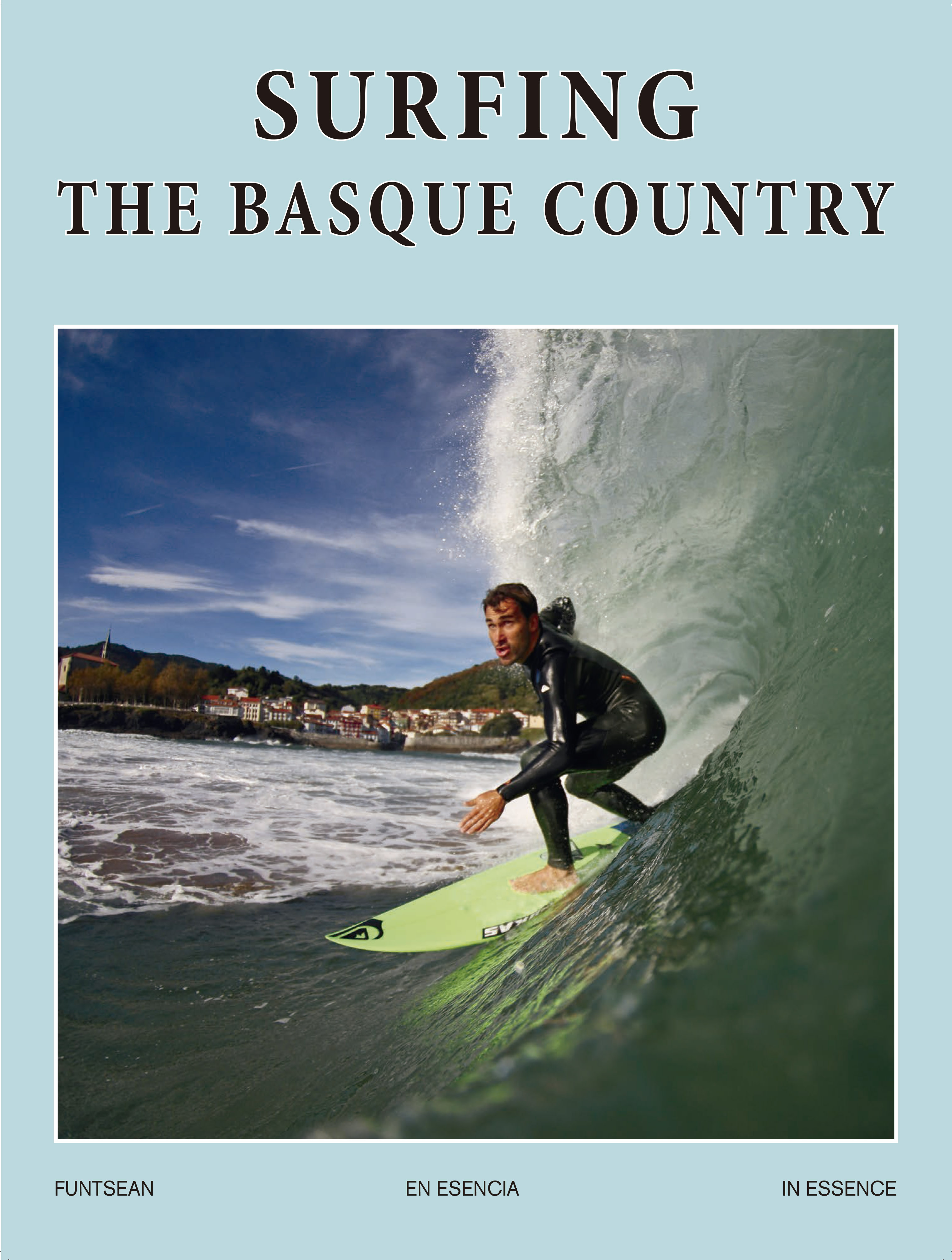 In 1956, with Spain at the peak of the Franco dictatorship, Euskal Herria was divided in a radical way with the border as a barrier separating Basques at that time. Interestingly, the first surf board was transported undercover from the Spanish side into France to avoid excessive taxes. What happened was that French customs demanded the payment of rates as high as 170% of the value of the surf board that Dick Zanuk had shipped from California. Dick had to depart suddenly for California, so Peter managed to hide the surf board in all the filming equipment that would make it through to the Spanish side of the border, where he had negotiated better rates because of more flexible customs at that time.  He was then able to smuggle the board into the Basque region on the French side.

Peter first entered the water with Hemingway himself watching, with no wax on hand and no idea how to surf. The board ended up against the rocks on the beach of La Côte des Basques, and Peter handed it to George Henneboute, the local “handyman” to repair it. After fixing it, Viertel and Henneboute used it to surf.

In 1957 Jacky Rott measured Viertel’s board and made two copies of it out of balsa wood, weighing 15 kilos before glazing and 25 kilos once finished. In June, Peter Viertel returned to Biarritz with a second board, and knowing how to surf much better after having surfed in California. When he returned to California, he left his board to Joel De Rosnay who joined the group of local pioneers that would form the first European surf club.

It would take some years for surf to spread to the other side of the border, and it happened on an individual basis and in a pretty disjointed way. The first to surf the beaches of the provinces of Gipuzkoa and Bizkaia began surfing for unique reasons, and they didn’t know each other. 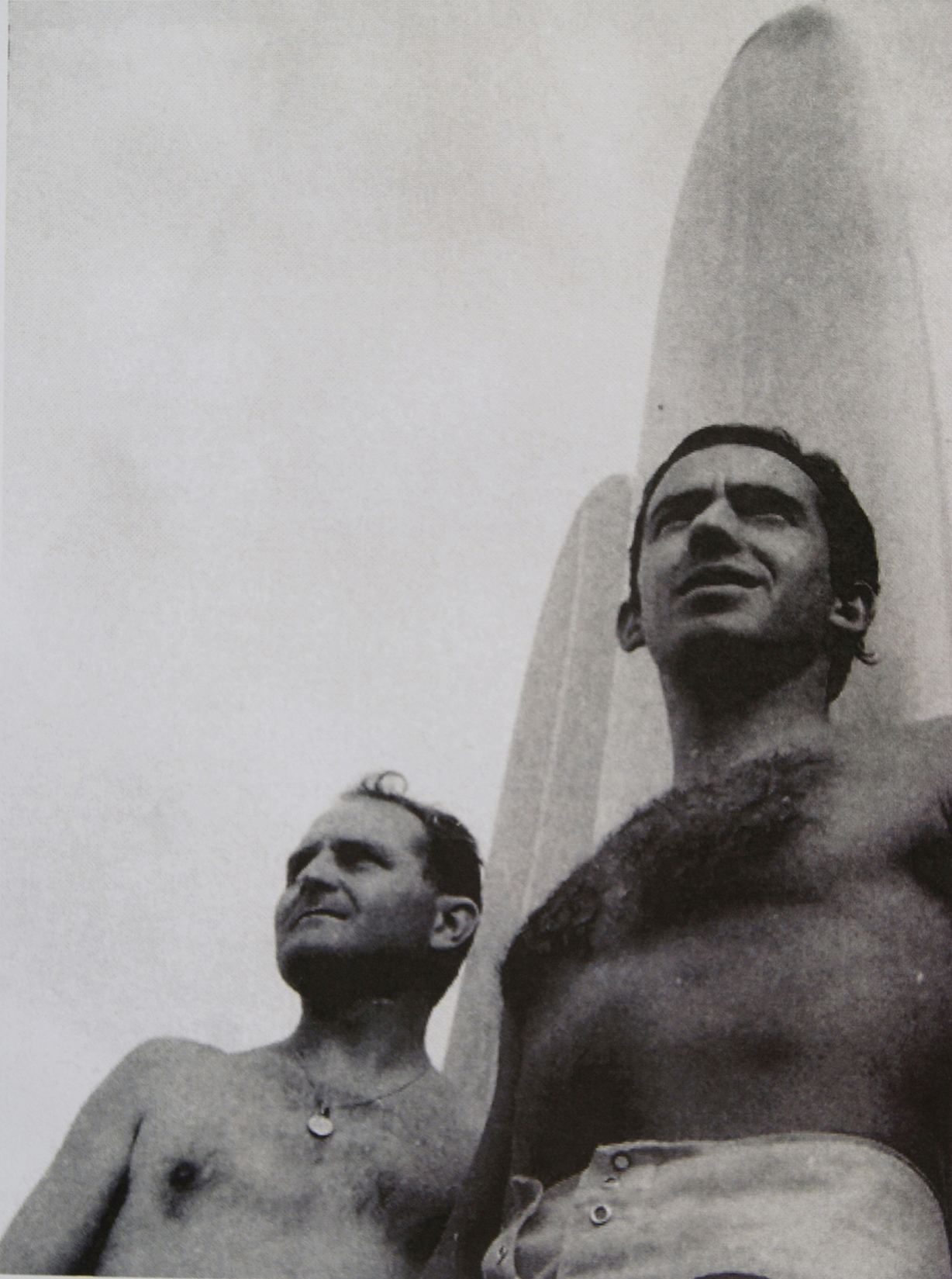 Elejoste and Pradera, pioneers at beaches from the province of Bizkaia. CC0

The issue of “Life” magazine dated October 25, 1963, was inspiration for Iñaki Arteche to build his first board. He and his brother Javier were the first to surf the waves of the famous beach of La Concha in San Sebastián, probably in 1964.

One summer later, José Luis Elejoste acquired a Barland/Rott board manufactured in Biarritz, still preserved, with which he surfed the Bizkaian coast. Apparently that summer (although it cannot be fully confirmed, nor does he care much about it either) Carlos Pradera met a group of surfers from Iparralde (the Northern Basque Country) in Pamplona at the San Fermin festival, and was invited to their home to spend a few days. After his stay in Biarritz, he returned to the town of Getxo with a Barland/Rott board under his arm.

This is how it all began. It still would be a few years until the first generation of surfers, this time however forming identified groups, would occupy the beaches of Gros, Zarautz, Bakio, Sopela…

In 1967 the Euromar Club was founded in Zarautz, the first surf club created on the beaches of the Basque Country on the peninsular side of the border. Thus, the first association was established grouping a community of surfers, although just a handful of them and of this particular beach.

But it wasn´t until the 70s when the first so-called “tribes” were formed. Influenced by the protest environment of the youth revolting against an agonizing dictatorship, and the wave of the hippy movement of the time, small groups of surfers arose, motivated by the spirit for freedom, who placed surfing above any other activity, adopting it as a way of life. 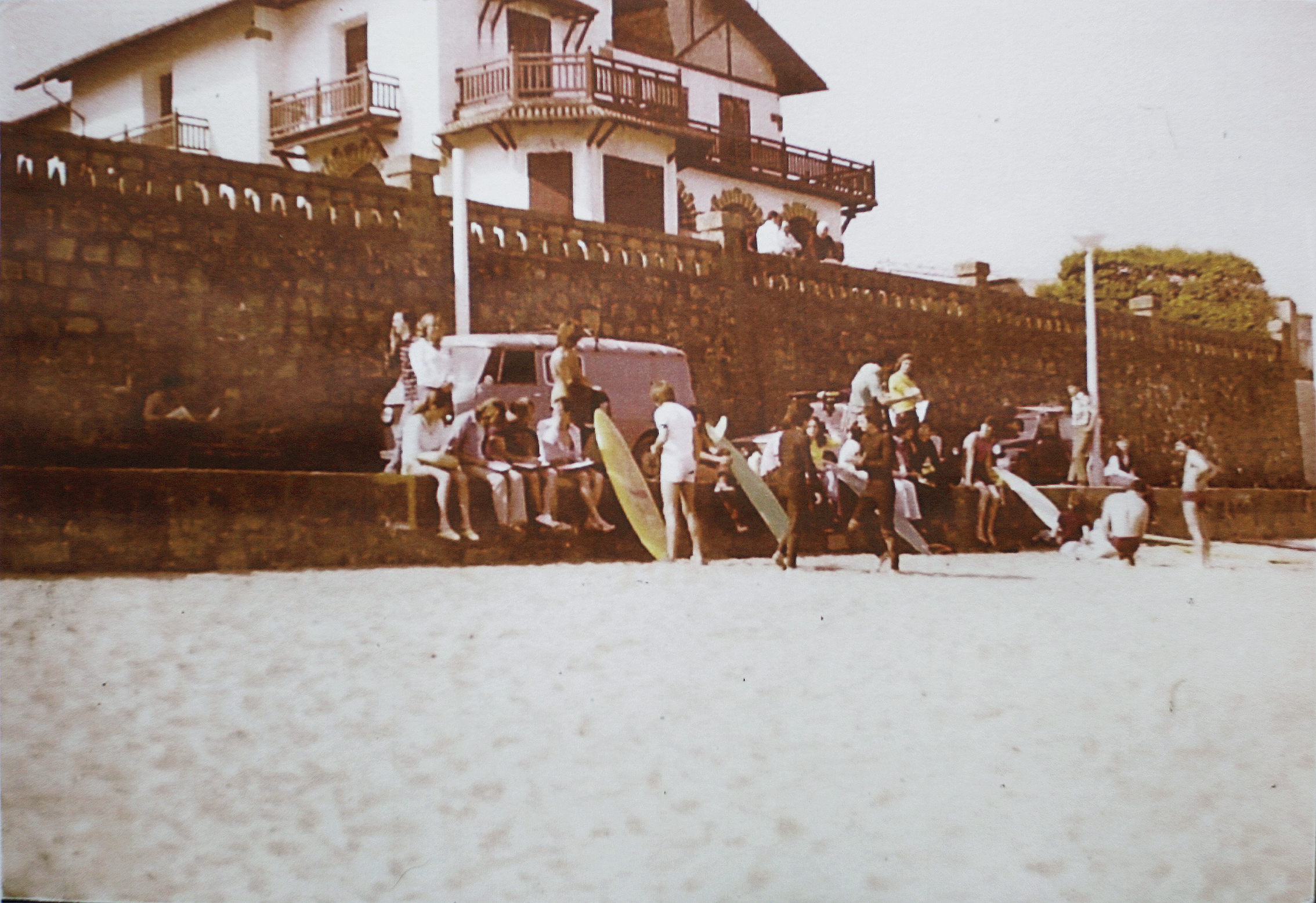 The interesting thing is that these small groups were well interrelated, in fact they traveled and they lived together. During winters they migrated to the Canary Islands and together they roamed the beaches of Portugal and Morocco. They also began to shape their surfboards, which were sold to pay for their way of life.

Zarautz, Bakio, Sopelana and Gros (San Sebastián) were the most important places for these communities. These tribes were discovering the waves and surfing them on the surrounding beaches, where subsequently communities were popping up. But while the number of surfers was extending, the essence of the tribe was being lost or changing with new generations, until the tribe concept was finally diluted.

This is what we know about the history of the surfing pioneers in the Basque Country. There is actually a precedent of Ignacio Arana, a Basque diplomat who surfed in Hawaii at the beginning of the 20th century, but we will share that fascinating story in a future post at Basque Tribune.

Javier Amezaga is founder and editor of the magazine 3sesenta. He is author of the book "Surfing the Basque Country". He holds a degree in fine arts and is a pioneer in aquatic photography of surf in the 1980s. He has published numerous reports and photographs in various media specialized in international surfing. Surfing Euskadi | Mail

1 Comment on "The Pioneers of Surfing in the Basque Country"