Just as the parliamentary debate on minority languages is taking place, with the French National Assembly having just approved a draft of constitutional law enabling the ratification of the European Charter for regional or minority languages with a sweeping majority this past January 28, 2014, it is perfect timing to stop and reflect on the legal status of the Basque language in France. 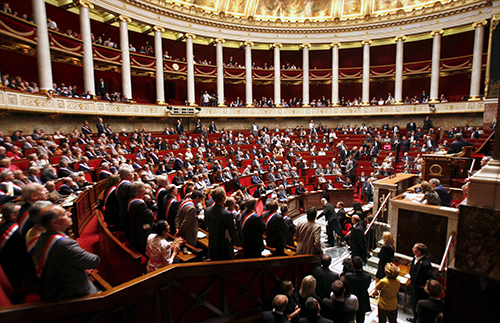 Apart from the inheritance of the Ordinance of Villers-Cotterêts on August 15, 1539, concerning the reform of the judicial system, the legislation regulating the use of languages in France is relatively recent, since it wasn´t until the 90s of the last century when it appeared explicitly in the French Constitution. Indeed, since 1992, Article 2 of the Constitution specifies that “the language of the Republic is French” and the Toubon Law passed two years later details its content. This law states the following: “the French language is a fundamental element of the personality and the heritage of France.” And it continues that French “is the language of education, work, exchanges and public services” and insists on the obligation to use French in those areas.

Whenever the Constitutional Court has issued a ruling on the protection of minorities, communities and groups that have a culture and language at the heart of the French Republic, it has been against its recognition on behalf of the indivisibility of the nation and the unity of the French people. As Eneritz Zabaleta emphasizes, the Constitutional Court has never recognized collective rights of language groups to use their own language. 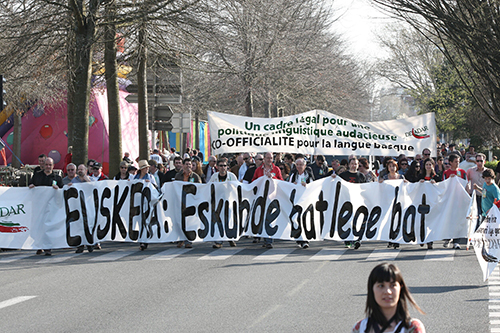 Likewise, this Court has opposed the ratification by the French State of the European Charter for regional or minority languages in its ruling on June 15, 1999, even though the Government had attached an interpretative declaration of that Charter according to which the concept “group” is understood as a sum of individuals and not a specific entity, separated from the rest of the French nation. The Court considers that ratification of this Charter violates the unity of the French people, the indivisibility of the Republic and equality before the law. This decision is part of the continuity of the case-law of 1991, which denies the existence of linguistic groups at the heart of the French people and, therefore, censures the granting of collective rights to these groups.

In that sense, French law establishes a clear and immutable hierarchy between the national language, French, which enjoys official recognition compatible with the principles of the Republic, and regional languages whose speakers cannot claim collective rights in terms of their learning and use. In other words, French is the legitimate and legal language that should prevail in the public space, while the use of minority languages is tolerated, provided it occurs within the private sphere.

However, there is a constitutional tolerance towards these languages that finds its origin in freedom of communication recognized in the Declaration of Human and Citizen Rights which specifies the following: “the free communication of thoughts and opinions is one of the most valuable rights of humankind: any citizen can, therefore, speak, write and express himself or herself freely,” that is to say in the language of his or her choice. This conciliation appears clearly in the ruling of the Constitutional Court concerning the ratification of the European Charter for regional or minority languages: “freedom proclaimed by Article 11 of the Universal Declaration of Human and Citizen Rights of 1789 must be reconciled with the first line of Article 2 of the Constitution.” 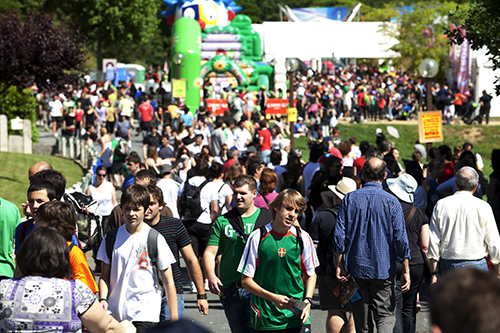 More recently, the legal framework in the field of recognition of minority languages has come to a new phase with the adoption of a constitutional law in July 2008. After the parliamentary debate that took place in the National Assembly on May 7 and in the Senate on May 13, parliamentarians have introduced a new article in the 1958 Constitution, Article 75-1, according to which “regional languages belong to the heritage of France.” Not in vain, that article poses a double problem: the link between these languages and certain territories and the relative weight of this article with respect to Article 2 of the Constitution. In any case, it is a patrimonial vision of minority languages, and even though it means a first recognition of these languages in the Constitution, it does not imply any obligation on public administrations to draw up and implement policies of language revitalization.

Finally, on January 28, 2014, the National Assembly gave its approval to draft the Constitution in the face of change to ratify the European Charter for regional or minority languages. Since the amendment of the Constitution requires a qualified majority of Congress (3/5), both the National Assembly and the Senate together, and since the Socialist Party and its allies do not reach the required percentage by themselves, the Government has launched a prior debate to determine if the required majority can be reached. This means that a part of the parliamentarians of the center and the right would need to support this initiative. In addition, in order to avoid a new censorship of the Constitutional Court, the proposed constitutional law requires that the “Republic can ratify the Charter” but that it “does not confer collective rights to the speakers of regional or minority languages” and says this is “a general principle that does not go against Article 2 of the Constitution.”

In short, we are at the beginning of a process that can lead to a new breakthrough in recognition of these languages but that, in any case, will not recognize collective rights. In that sense, it will not force public administrations to implement ambitious policies to revitalize languages such as Basque.