The International Physics Center of San Sebastian (DIPC) wrapped up 2016 with 11,000 references to its publications around the world and unprecedented success at the 2016 Passion for Knowledge festival, which featured five Nobel Prize winners in Physics.

Practically hidden between the University campus of the public Basque University (UPV/EHU) in San Sebastian and the Tecnun University of Engineers that belongs to the University of Navarra, the Donostia International Physics Center (DIPC) goes unnoticed in a discreet building. But its interior is a hotbed of knowledge, a nest of local and international physicists whose scientific publications have been cited by the international community 11,000 times in 2016. 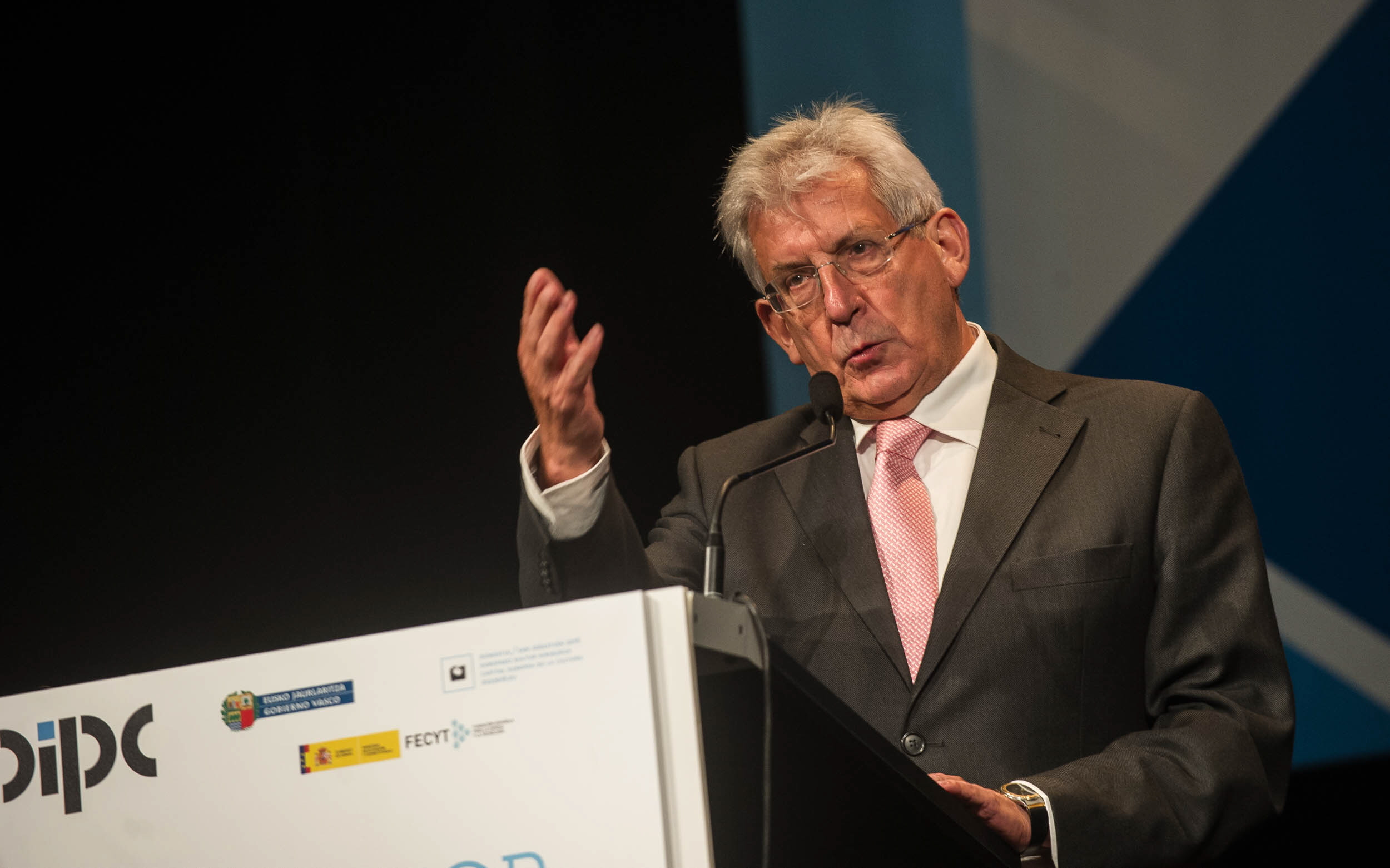 The prestigious Pedro Miguel Echenique is the President and alma mater of the DIPC. El Diario Vasco

In addition, defining its essence, last September the Passion for Knowledge festival brought once again to the capital of the province of Gipuzkoa hundreds of researchers from around the world, including five Nobel Laureates. “There are many Nobel Laureates who are friends of the DIPC and several have come four or five times because they know us. Since our inception in the year 2000, 21 or 22 of them have come,” explains the President of the DIPC, Pedro Miguel Echenique.

We spoke to him in his office in San Sebastian. He is the alma mater of the project and its initiator during the late 1990s. Recognized, among many other distinctions, with the Max-Planck Prize in Physics and the Prince of Asturias Award for scientific and technical research (1998), Echenique has had a busy year. In December, he received the Gold Medal of Navarre, his native land. Even so, he has found time to explain first-hand the goals of an aspiring Center like this.

“What the DIPC is striving to do is internationalize science in our field, which is the physics of condensed matter and materials. The DIPC is a success story that has surpassed our expectations, even the most optimistic, when we began,” he says. The best example is that “In the last year there are 11,000 articles and authors worldwide who cite publications which carry the name of our Center and San Sebastian”, explains Echenique. The DIPC has produced 300 scientific publications this year and already almost 3,000 total since it was created.

But beyond its own researchers is the value of the constant flow of visitors which it has hosted in its 16 year history: 2,700 researchers from around the world. The day after our Basque Tribune visit, the DIPC was expecting a visit from the Director of the Photonics and Astrophysics group from ETH Zurich (the Swiss Institute of Technology), Ursula Keller, according to Echenique. “They are coming to explain their research results in person because they believe that we might be the theoretical group in the world that can understand it.”

Passion for Knowledge, with numerous Nobel Prize winners attending, is one of the trademarks of the Center. El Diario Vasco

“Although we must recognize that we are a small center, our great success is our internationalization. For example, symposiums which we have organized have been attended by about 27,000 people, which explains its value,” explained this researcher who was also the youngest member of the Basque Government in its history. He was the Minister of Education when he was only 29 years old, in 1980, about to turn 30.

Echenique says that the increasing success of the DIPC is based on agility. “The idea at the beginning was to have a simple, austere, and especially agile Center,” he says, because with other major research centers, red tape often hinders scientific work. Its approach is paying off. “We created the group with operating rules similar to those of highly developed countries but which, a few years ago, were quite novel here. For example, nobody can be a professor at a University of our group doing his or her thesis here, however amazing he or she might be. We have an unwritten, golden rule which requires them to go abroad for at least five years,” he says.

Among its key values, Echenique highlights the DIPC´s “experience in internationalization and a free creative environment” that can be felt there. But for a Center like this to have optimal development, public-private collaboration is necessary, he says. The DIPC has loyal patrons in both spheres. However, Echenique sees the need for financing tools like the ones used at universities in the United States. “This is called endowment, money that is not for the annual budget, but a capital fund that is there for times of crisis or difficult times, to finance a substantial portion using its interest. In 2007, before the financial crisis, Harvard University had an endowment of $38 billion. We do have financing from political and private patrons but these tools are the kind we lack as a guarantee for the long term,” he laments.

We also spoke with Ricardo Díez Muiño, the director of the DIPC, who explains in more detail the operation of a center that qualifies as “unique and different from others.” “We started with the idea of catalyzing all the scientific research that was going on in the environment of the San Sebastián campus and, in addition, to internationalize it, in other words, to attract the best researchers in the world to work with us in the fields in which we do research,” he explains. And this is how they work. 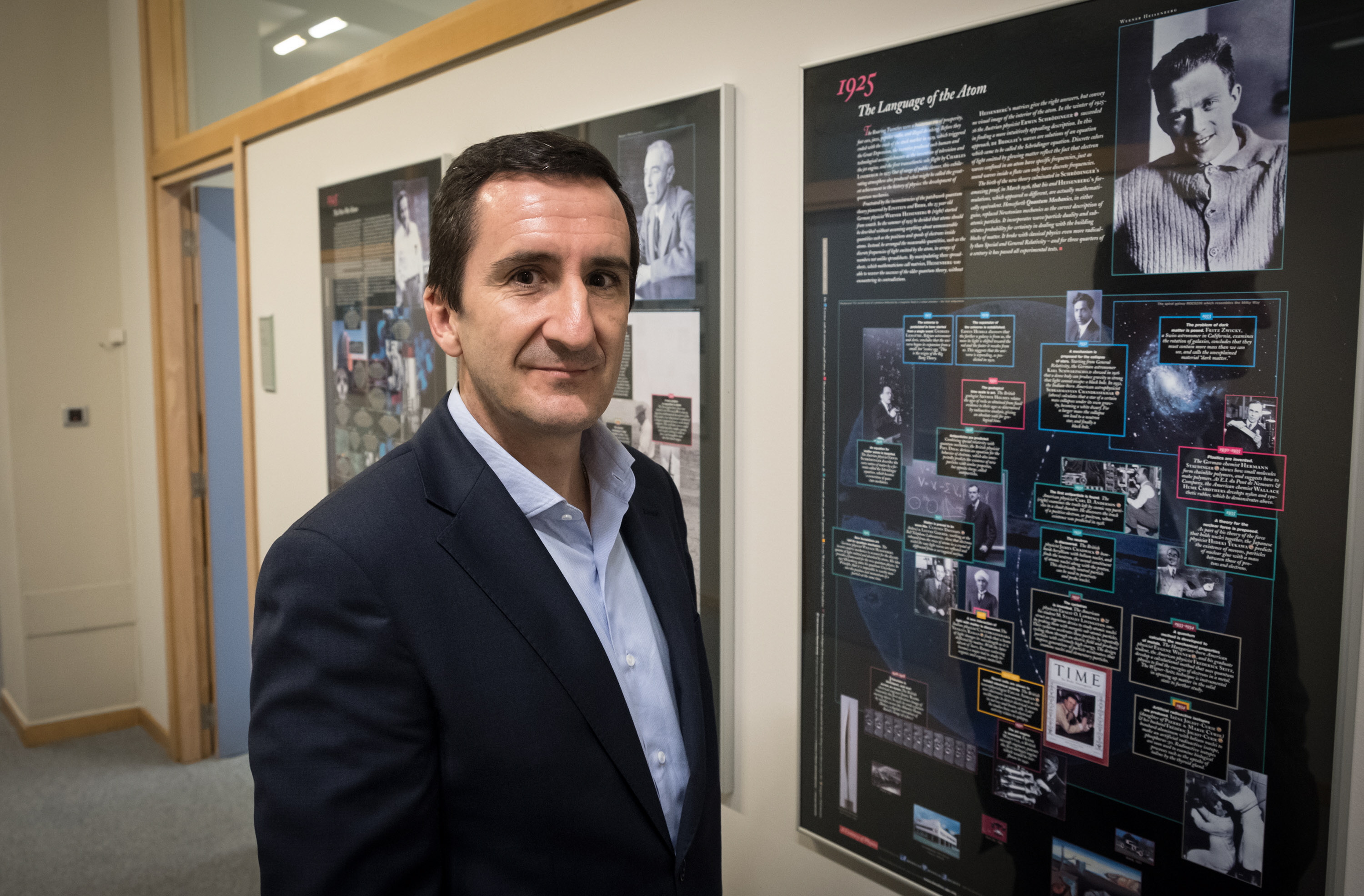 The DIPC has three types of researchers. On the one hand, “the associated ones that work on a permanent basis at the Center but belong to the public Basque University. There are about 50 of these. Then there is another group of about 50 researchers which are hired directly, including international ‘signings’. And then we have a large number of visitors who come each year: nearly 300, from approximately thirty different countries. More than half come for longer stays, of several months, and this brings about a constant flow and great enrichment for the Center,” says the director.

“Most importantly, scientific collaborations are established; many come because they already know researchers from here, because they have initiated some kind of collaboration and come to expand it; and others come to start from scratch. This is a very attractive Center for researchers from all over the world. What we do is fundamentally theoretical physics research and some chemistry research”, explains Díez Muiño.

The challenge for the future is to continue to improve without losing agility. “Research is a fundamental part of the development of an advanced society with education, but requires very steady politics, with a long term outlook. That is, if you stop supporting research for a period, not only will it stop, but it will fail. “It’s like riding a bicycle: If you stop pushing the pedals you fall”, Díez Muiño explains. 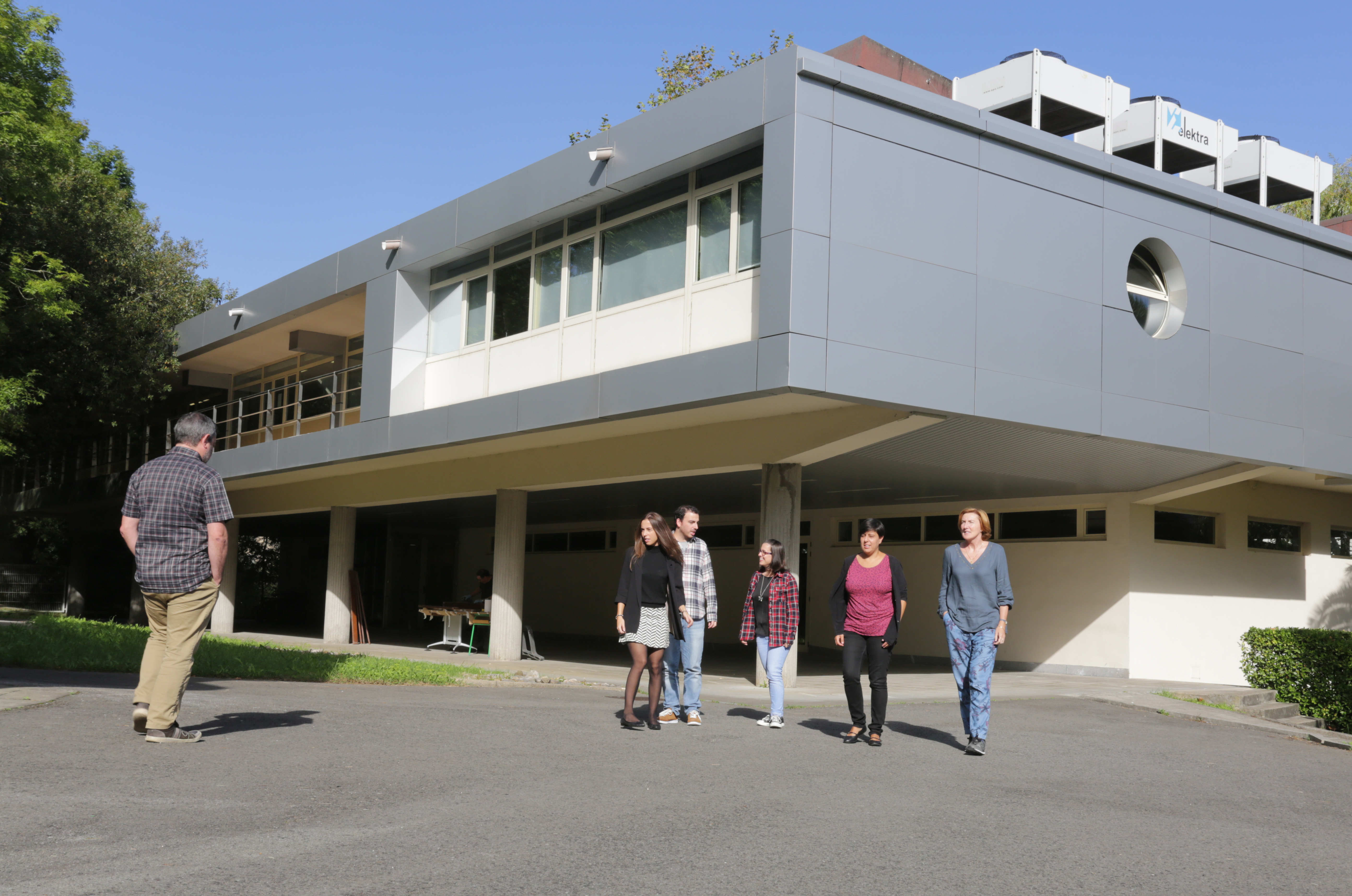 “And we cannot forget that we do not have a scientific tradition as long as other countries do. We’ve only been at it for fifteen years, which is nothing. It can be said that we are beginning to create tradition and in this sense we must thank the support of institutions (The Basque Government, The Provincial Government of Gipuzkoa, San Sebastián City Hall, UPV/EHU and Kutxa), and from the rest of private patrons (EDP Naturgas, Telefónica and CAF). They have understood that research creates an atmosphere of general excellence and is an engine of development for society. In the Basque Country, for some years now, the Basque Government has created two networks of research centers which are working very well. We have great collaboration with them and I believe that we Basques also have a certain advantage over other communities of Spain,” concludes the Director of the DIPC in his interview with Basque Tribune.