In the words of the sculptor Jorge Oteiza, Basques that came before us played some ball games which the players themselves, did not fully understand. They played in the open air of the town squares until a few visionary businessmen brought them indoors. Some of these frontons became real temples and palaces for court ball games, and became a full blown industry throughout the 20th century. (See my previous Basque Tribune article: Jai Alai or Globalization).

One of the modalities that make up Basque pelota, Jai-Alai (as it is known outside of the Basque Country) became an unusual phenomenon to expand on four continents since the end of the 19th century until the end of the 20th century. That is, a duration spanning approximately one hundred years. With its peaks and valleys, the opening and closing of frontons has been a constant whether motivated by political or religious reasons, or primarily economic. 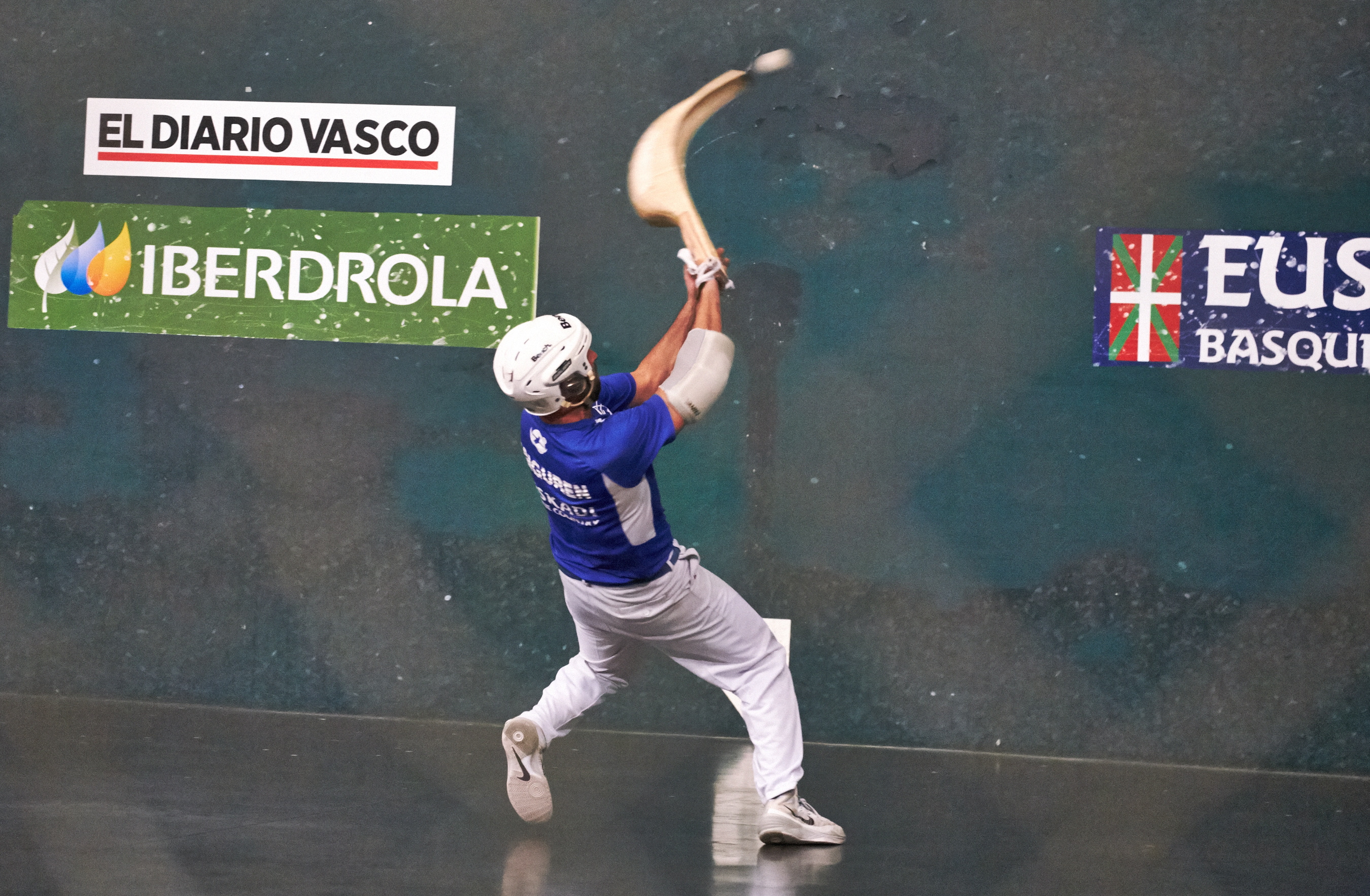 In the Basque Country, Jai-Alai is maintained, above all, thanks to the summer festivals. El Diario Vasco

To understand the rise and subsequent fall of Jai-Alai, I recommend watching the documentary Jai Alai Blues which premiered in 2015 at the International Film Festival of San Sebastián, reaping excellent reviews by the specialized press. The documentary traces the history of Jai-Alai, a fascinating story told in an entertaining and educational way.

The reason Jai-Alai had much success beyond where it was dispersed was due to the fact that in and of itself, it is a spectacular sport due to its speed and plasticity. But above all the betting associated with the game attracted a consumer eager to earn some money in a quick manner. Put another way, if betting had not been introduced to frontons, this sport would not have reached a professional level. Betting has been running through the veins of Jai-Alai for a hundred years until consumers betting at frontons have opted for more attractive betting alternatives.

Here is the crux of the matter for understanding the current state of confusion in regard to the game of Jai-Alai, an industry which in the United States thirty years ago employed up to 500 professionals distributed in fourteen frontons. Currently, there are a few hundred professionals, only 70% of them live from Jai-Alai exclusively, hanging on a thread, as I will explain later. Jai-Alai is a unique story, with no equal to even compare it to.

The exploitation of professional Jai-Alai had the advantage of its precocity. It arose at a time in which sports and its consumption by a potential viewer were yet to be developed. It was later, throughout the 20th century, when sports, mostly of Anglo-Saxon origin expanded in such a way to become a mass phenomenon around the world. The greater purchasing power coupled with working class leisure and the emergence of the media, allowed for consumers to fulfill a desire and find a way to entertain themselves. Modern sports were then made available as consumer goods. With the concept of modern sports the spectator does not seek to simply bet money, and rather than economic motivation the desires are emotional: looking for feelings, new experiences, being part of a group, identifying with team colors, and the desire for identification to be found in the heroes being idolized. 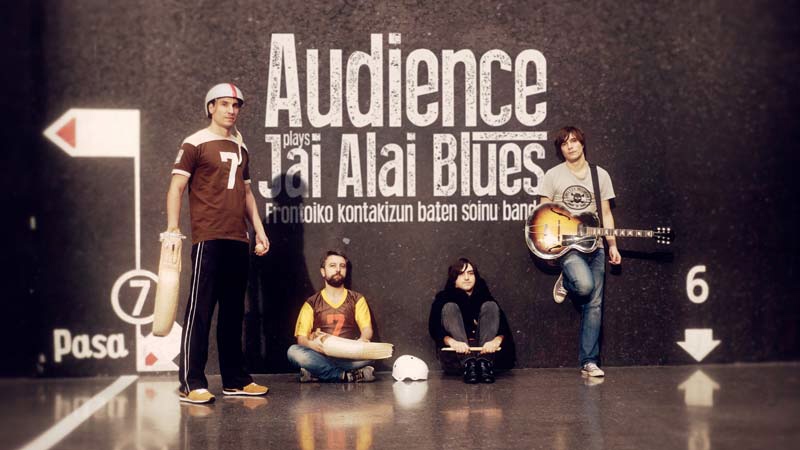 The gambler, who used to go to the American Jai-Alais, to whom the quality of the players didn’t matter much, and who thought that we fixed the betting is the type of person that packed the frontons of USA for several decades, until 1988. Until then Jai-Alai, horse racing and dog racing shared the betting industry in different seasons both in Florida and Connecticut.

Interestingly, as of 1988 this industry began to collapse. There were several reasons. We declared a strike at American frontons as a vast majority of players, seeking the recognition of the trade union of players known as: IJAPA (International Jai Alai Players Association). The owners of the frontons refused the conditions and a dispute that lasted approximately three years began. Meanwhile, replacement players and the IJAPA players competed mixed on the court. But the damage was done because the Jai-Alai consumer stopped going to frontons and did not return. The dismantling of the frontons had begun in a domino effect.

There are only two operating frontons remaining in the USA, in the State of Florida: Dania and Miami. They have survived thanks to a Jai-Alai license allowing owners to offer the opportunity for betting in casinos: machines slots, poker etc. But this marriage of convenience has an expiration date. Both companies are not averse to the idea of the state of Florida passing a law which would cause the banishing of the requirement of Jai-Alai so they could continue to operate, the so-called “decoupling”. Currently, if the activity of Jai-Alai stays alive, although agonizing, (the public assistance and the betting amounts are insignificant) the passage of the law would mean the extinction of Jai-Alai in the USA.

The fronton in Dania, called “Dania Jai Alai”, is now called: The Casino-Dania Beach. The same thing happened with the Miami fronton, with a small nuance, currently referred to as “Casino-Miami-Jaialai”.

The proliferation of casinos throughout Florida, online betting and lotteries of a diverse nature have caused the landscape of the industry of betting to experience a radical transformation, sacrificing Jai-Alai, horse racing and dog racing. 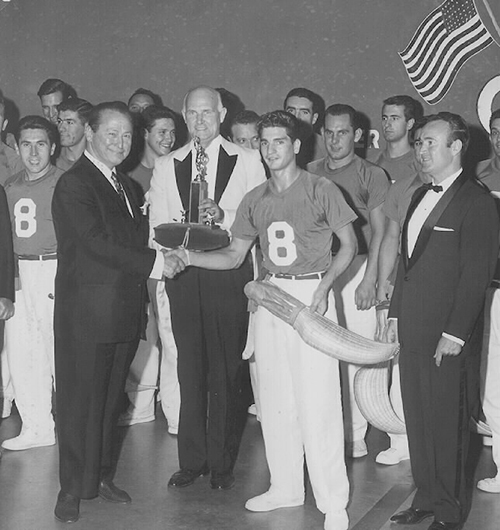 You have to wonder what future there is going to be for Jai-Alai? Will it be able to reinvent itself and adapt to modern times?

Currently, professional activity is limited to the frontons of Dania and Miami for ten months a year. In the Basque Country, professional activity is limited to the summer season, for two months while festivals proliferate throughout the frontons of “Iparralde” (the Northern Basque Country), a performance aimed at clientele with a tourist profile. In the Southern Basque Country, there is less activity. Nevertheless, a circuit, the Jai Alai World Tour, welcomes the very best of the professional world. It’s a Championship that could be the seed of something important for the future, with potential to expand. Right now, public subsidies by the Basque Government are keeping the Jai-Alai season alive in regards to the Southern Basque Country.

In March of 2017, after a seventeen-year long closure, one of the most important Jai-Alai frontons has just reopened: the Mexico Fronton. A building considered to have architectural heritage, situated in a privileged part of the Aztec capital. The reopening of the historic site (first opened in 1929) has been a breath of fresh air for the sport of Jai-Alai. The season will last four months and they have prepared the venue for multiuse events including a hotel and casino.

The model of exploitation of the Mexico fronton is old-fashioned: quality players competing in matches with live betting. In other words, with betting once again as the main lure to attract public and ensure a profitable business.

Paradoxically, although this is good news, it may ultimately be counterproductive for the modernization of this Basque sport. If Jai-Alai is unable to shake off the dependence on betting as the core of the business, the durability of the Mexico fronton could wear out.

Right now the resurrection of Jai-Alai is an illusion because of the agonizing activity in Florida, complemented by the summer season in the Basque Country, and currently if we add the Mexico fronton, it all appears to be more a bastion of resistance than a catapult into the future.

The reopening of the Mexico fronton in March of 2017. Frontón México

An essential requirement for building a future for this sport is a combined effort, a unified goal, and not diversified forces. Jai Alai is moving by inertia, without a joint vision, the problem is not so much about money, but rather ideas. More than a hundred years with a successful model carries a lot of weight…weight that’s hard to shake off.

It’s not about the removal of betting from frontons, but more about losing momentum to other attractions. Even more the case when we see that popular sports are becoming the focus in sports betting. It’s a new online world and its influence in the market. Without going any further, as in the case of hand ball, which has also seen drastic decreases in betting at frontons, paradoxically, a known online gambling company has become sponsor of their major championships.

Perhaps the death of Jai-Alai is necessary in order for it to arise again, but not without asking ourselves on which bases of operation it should do so.