The Bilbao Exhibition Center (BEC) welcomes a new era twelve years after its inauguration. Inside, there are still echoes of the Biannual International Machine-Tool Exhibition, a success that fuels future expectations for the Basque expo building, in the venue for huge music performances, sporting events and Christmas dreams of thousands of boys and girls.

An AC/DC concert, one of many that are held in the facility. Photo: BEC

It houses six pavilions and 150,000 covered square meters (the equivalent of about 150 football fields) to accommodate trade shows in various sectors such as machine tools, maritime-naval and tourism. But it also has a Conference Center and a multi-purpose enclosure (Bizkaia Arena) which holds concerts by international artists to sporting events of maximum exposure as in the case of the 2014 Basketball World Championship won by the U.S. In addition, at Christmastime the facilities are converted to a Christmas dreamland for boys and girls with the Parque Infantil de Navidad (PIN). A temple for business, leisure and entertainment. This is the Bilbao Exhibition Center, popularly known by its acronym, BEC.

2016 is destined to be the year of a beginning of “a new era” for the Bilbao Exhibition Center, an ambitious project of Basque institutions that opened in 2004 with an economic impact of about 80 million Euros every year in the Basque Country. There are still sounds of the 2016 International Machine-Tool Exhibition, the sector’s massive fair held from May 30 to June 4, and which, after a few years marked by the economic crisis, has recovered the splendor of the economic boom years, says the General Director of the BEC, Xabier Basañez. This was shown with more than 1,500 companies as exhibitors (59% foreign) and 40,000 visitors drawn in by the last Convention and who are already hoping to return in 2018.

This is the BEC’s star event, one of the main reasons for which it was created. “In the years preceding the crisis, the biannual Machine-Tool Fair was at 100% space capacity and became the reason for the creation of the BEC, in the sense that the previous facilities were nearby in Bilbao (next to San Mamés football stadium), and in addition to being old and obsolete they were too small to accommodate this fair. It also had to leave Bilbao because of an urban issue,” says Basañez.

The BEC certainly does not go unnoticed. It is physically located in Barakaldo, one of the major urban centers that form part of the greater Bilbao, and its imposing structure captures the attention of the thousands of drivers who use the freeway daily connecting Bilbao with the city of Santander. According to a survey commissioned by the BEC itself, 99% of the Basques know about the BEC or have heard of it; and 73% said they have visited there some time.

“And almost all people who have frequented there have been drawn there for leisure, either the Christmas amusement park, Expovacaciones, or music concerts,” explains Basañez. Since its opening, artists of the likes of Bruce Springsteen, Sting, Shakira, Rihanna, George Michael, Alejandro Sanz, Paulina Rubio, The Cure, Elton John, Eros Ramazzotti, David Guetta, Joaquín Sabina or Lenny Kravitz, have performed there among many others. The BEC was also one of the venues of the 2014 Basketball World Championship with the winning USA team playing in the Bizkaia Arena. 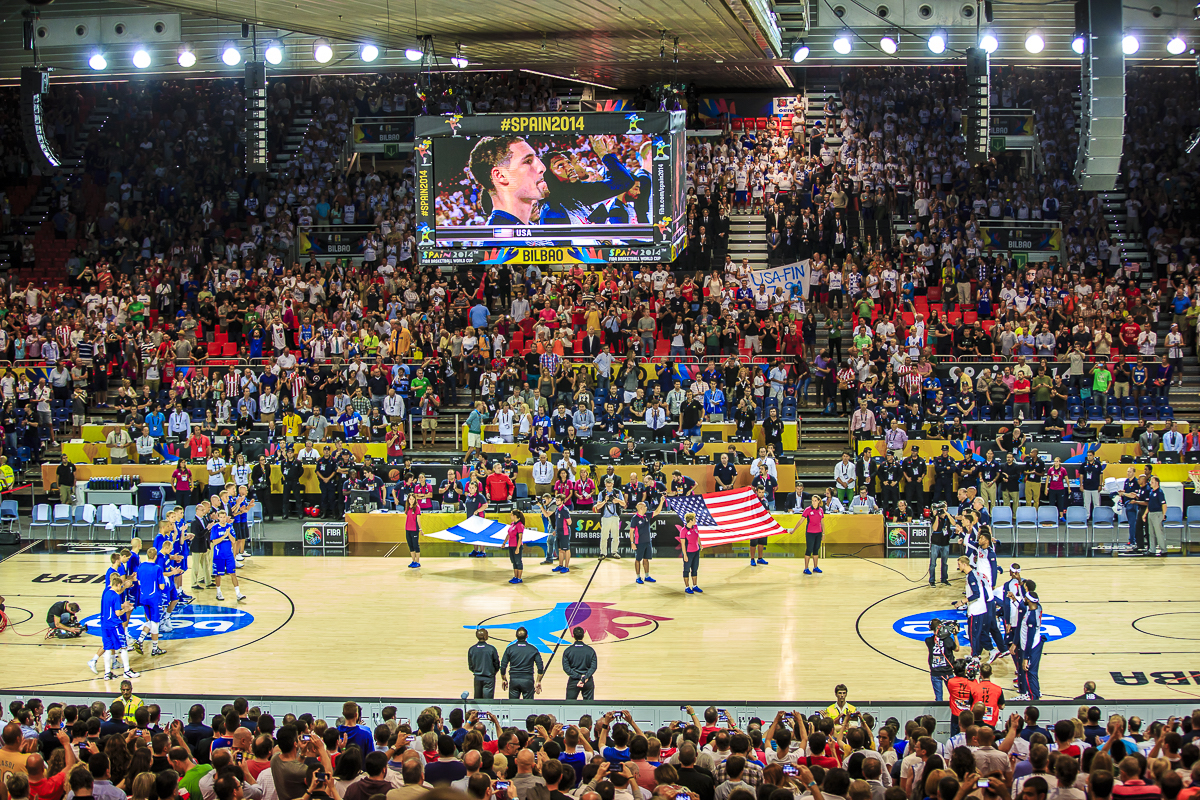 The BEC was one of the sites of the 2014 Basketball World Championship. Photo: BEC

Many performances have also been held there like the recent Disney on Ice, Pressing Catch competitions, European Supercross Championship or the Bertsolari Championship of Euskal Herria, one of the main events of Basque culture, which brings thousands of people together every four years.

The facility is a social reference point and also a thermometer of the economy. “Our fairs are a vivid mirror from each of the areas in which we work. And in this case, machine-tools is in a good situation, because it provides for the automotive industry, aerospace, railway and capital goods, which are the same four sectors currently on the rise,” says Basañez in relation to the success of the 2016 International Machine-Tool Exhibition.

“We are the engine of economic activity in these sectors, but we are also a driver in Ferroforma, the second European trade fair for hardware; Sinaval, the international fair of the naval, maritime and port industry; the subcontracting fair in the industrial sector; Expovacaciones, the second tourism fair in Spain; or when we host conferences on Neuropsychology, Biotechnology, and Nanotechnology,” says the General Director.

But there is definitely a social dimension as well with the BEC being “the Basque expo facility or the reference for fairs in the Basque Country with its shareholders being mainly the Bizkaia Provincial Council (the Government of the province) and the Basque Government, there are social objectives in addition to the income generated,” Basañez explains. “To understand how large our impact is for society in Euros, we have an economic impact study and the figure tends to be between 80 and 105 million Euros, which was the highest coinciding with the 2014 Basketball World Championship, which had a significant impact.” The World Basketball Championship alone generated an impact of 26.7 million Euros, making Bilbao the location with the highest figures. 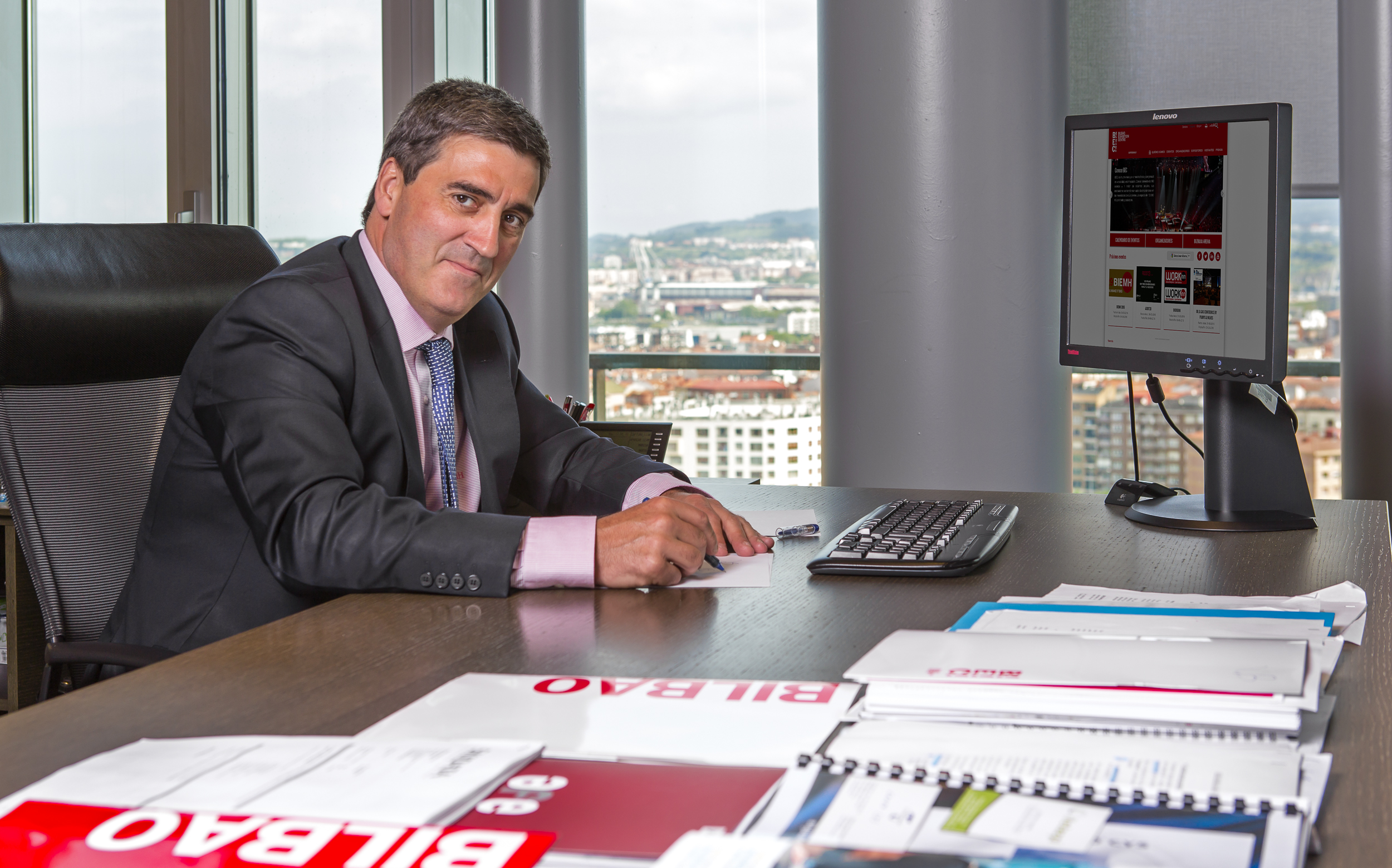 “By 2015, the economic impact of the BEC was 73 million Euros and in 2016, with the International Machine-Tool Exhibition, held on even-numbered years, we expect it to reach around 85 million,” Basañez estimated. “One-third of that impact has a direct repercussion for those building the stands and providing services to the BEC, but two thirds goes to outside the Convention Center and encompasses sales, catering, hotels and transport because our visitors end up staying, dining, eating, and buying gifts and goods in the area. That 65% has nothing to do with the fair and we never take into account what it generates in business impacting the surrounding area”, he adds. All of this together is the Bilbao Exhibition Center.

BEC Managers mark the 2016 International Machine-Tool Exhibition as a milestone in the history of the BEC. “The start-up era was from 2004 to 2008, followed by a phase very much affected by the economic crisis until 2015. And now we are beginning a recovery stage beginning in 2016,” assures Basañez.

In his opinion, “Moving forward there are many things to be accomplished.  We still need a lot of activity in the three areas: the convention area, exhibition and entertainment, but we are already noting improvement in all three areas. In the field of entertainment, we have already had six events this year, we have eight others booked, and I hope there will be some more, for a total number of 16 to 20 events, which we haven’t seen in recent years (with only 8, 10 or 12 events),” he assures.

On the other hand, the BEC will face challenges inherent to the new times. “Nowadays there is a lot of competition regarding size but also many marketing tools that compete with fairs. We need to innovate in this area. There are no longer fairs on energy power, nor wind energy fairs although there are fairs on offshore wind energy. There is a degree of greater specialization and we must find niches in which we believe we can be unique and should join our Country’s strategy, an industrial strategy, led by the Basque Government, pursuing these facets. We are talking about biotechnology, the world of video gaming, of energies, nanotechnology and all the new sectors that are of focus on a political level.  They are the ones that we need to pursue as well,” explains the General Manager of the BEC.