Julien Absalon, five-time world champion in mountain biking, and Samuel Sánchez, a veteran cyclist of the BMC Racing Team, compete in two almost opposite disciplines but have a common past. Let’s go back to the Olympic Games in Beijing. On August 9, 2008 Sanchez was at the peak of his career with his gold medal in the men’s road race. Only a few days later, on August 23, Absalom got the same medal in the mountain biking competition, his second Olympic title after the one in Athens in 2004. Beyond the glow of their two medals, Sanchez and Absalon had a coincidental point: each of them rode Orbea bikes. 2008 was a summit year for the Basque company based in Mallabia (province of Biscay), a bike manufacturer celebrating its 175 anniversary in 2015.

Founded in 1840 in Eibar (province of Gipuzkoa) with the impulse of the brothers Juan Manuel, Casimiro, Mateo and Petra Orbea Murua, during their early years specialized in the manufacture of pistols, revolvers and cartridges, a growing sector thriving in its glory days through the successive wars that ravaged Europe. The company grew to have more than 400 workers, opened a workshop in Buenos Aires and at its peak of production, manufactured 40,000 handguns and 40 tons of machine tools annually.

With the calm after the war and thanks to its wise and skillful handling of tubes and guns, the brothers decided to abandon the arms tradition and began to manufacture bicycles. Thus arose the Orbea we know today, a brand of global recognition, with a long tradition, associated with cycling and triathlon, selling 250,000 bikes a year with a presence in 64 countries across all continents, with an export rate 67%.

Since December 1971, Orbea has been a part of the Mondragon Corporation, the large Basque cooperative conglomerate that employs more than 74,000 people. At its headquarters in Mallabia, about 150 workers create designs and prototypes of a very competitive market in constant evolution, (it is estimated that there are about 600 brands around the world) which due to the rise of the practice of cycling, is ever adapting to the needs of its users. Orbea does so with the passion of a craftsman. Passion for creating a well-made product, the same passion that cycling experiences in the Basque Country, a country with this sport in its DNA. 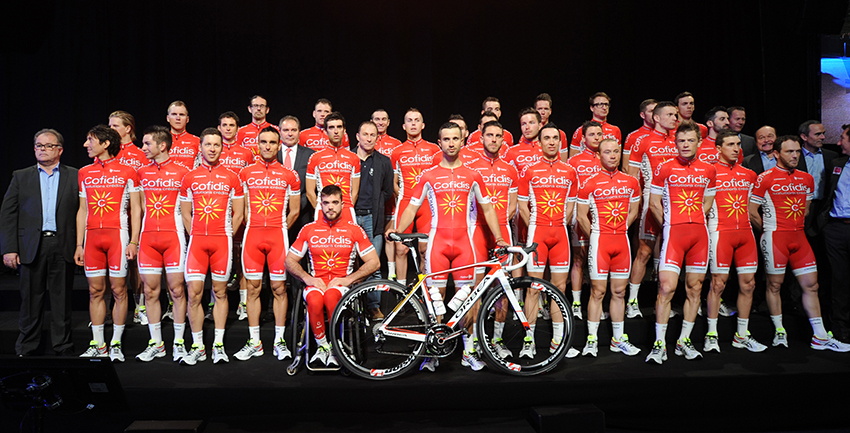 “Keep pushing after crossing the finish line,” says the motto of this co-operative which has a second production plant in Portugal, employing 50 people and that has expanded with the acquisition of a new plant, and another in Kunshan (China) with the same amount of workers. Focused on the manufacture of elite bicycles, Orbea makes innovation its reason for being and thanks to its collaboration with technological centers, universities and automotive companies, applies the latest technologies to its product development.

Now, as in the past, it has been the pioneer in the manufacture of Velosolex (bikes with motors) in Spain. During the buoyant years of the 60s, the company based in Eibar (later moved to Mallabia in 1975) produced 50,000 bikes a year and employed 1,000 workers. They were prosperous years that ended at the end of that decade, when the company was on the verge of stopping payment until workers decided to assume the management of the company, which went on to become a cooperative, subsequently integrated in the Grupo Mondragón (currently the Mondragón Corporation).

Since its inception the firm has adapted to the ongoing changes in the cycling world to become a leading company in the manufacture and development of bicycles, clothing, helmets and components. It accomplished this thanks to the help of amateurs and professionals. Cyclists competing in the Tour de France, the Giro of Italy and Tour of Spain have been the best field tests that Orbea could have for their products and as well as the best platform to showcase them: the peloton.

During the 30s of the 20th-century. The beginnings of Orbea, manufacturing bicycles and participating in competitions. Orbea

From the conversion of Orbea into the manufacturing of bicycles, in the 30s of the last century, with the nonconformist cyclist from Navarre, Mariano Cañardo, until today, as supplier of the French Cofidis team, Orbea has been ever present in the professional cycling scene. In the 80s and 90s, it gave name to a squad from which Perico Delgado stood out (winning the 1985 Tour of Spain with the Orbea Gin MG) and for 14 years accompanied the Euskaltel-Euskadi Basque team on its romantic journey through the most prestigious races of the world. With the 2015 season just kicking off it has joined Cofidis, integrated in the Select World Tour, and maintains its link with other teams like Team Novo Nordisk (USA), Seguros Bilbao, Euskadi, Ampo, Orquin and Visit Dallas (USA).

In the area of the mountain biking it has also has become a point of reference. At the end of the 80s, when the first models began to become popular, Orbea, previously dedicated to the development of road and urban bikes, joined the wave that came from the United States and created the first prototypes. 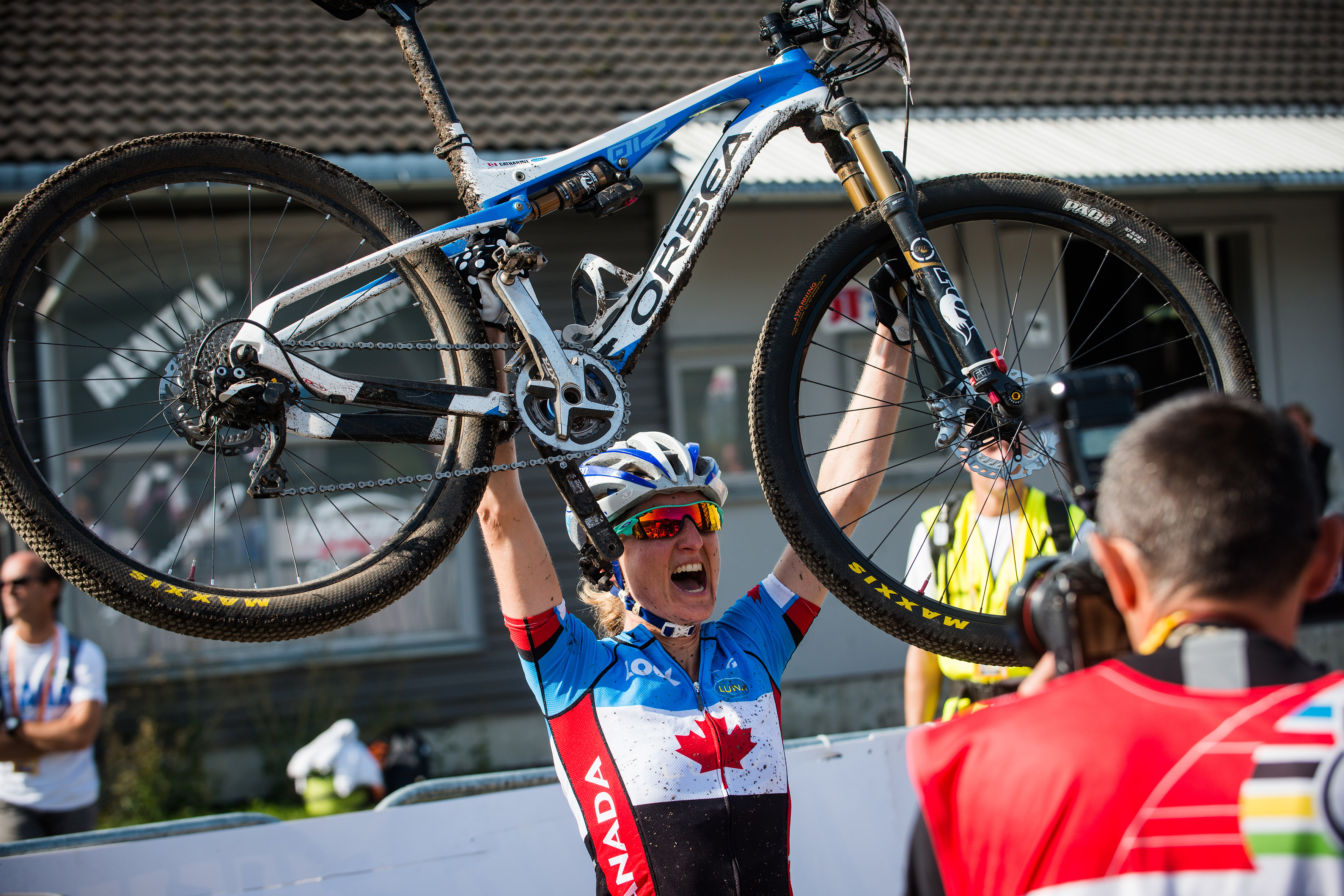 Nowadays, 60% of its production is dedicated to the mountain biking business, a constantly expanding market. In this field, French professionals Absalon, Jean Christophe Peraud or the Canadian Catharine Pendrel are the best representatives in competitions, where it is also present as a team since 1992 and has accumulated numerous titles in the world championship and the World Cup. The Luna Chix (USA), Primaflor Orbea and Orbea Enduro Crew teams are its ambassadors in the Championships, a terrain that allows the company to measure the reliability of their models and then make improvement techniques for enjoyment of both professionals and amateurs.

The same thing happened with the Triathlon, a sector in which Orbea became deeply involved after acquiring the rights for worldwide distribution of New Zealand Orca wetsuits brand in 2007. Following the same pattern as in cycling and mountain biking, the Basque company associated its image with that of an important athlete, in this case, Australian Craig Alexander, who just two years later won the main contest of the specialty, the Ironman in Hawaii, with the perfect pair of an Orca neoprene and an Orbea bike.

Successes in cycling, mountain biking and triathlon reaching all the corners of the world have enabled Orbea, until 1998 only working in the Spanish market, to open new markets, especially in Europe, Asia and North America. France and the United States are first in order in a portfolio of clients that also stand out in England, Germany, Belgium, Italy, Australia, China, Japan and South America. Striking is its presence in the U.S., where it made its first foray in 2003 with its first carbon bike. Orbea is seen as a European brand of manufacturing and with great added value, two hallmarks that have enabled it to grow in the North American market and have good prospects for the future.

New urban trends and betting on the bicycle as a means of public transport have contributed to a cyclist culture, deeply rooted in areas like Northern Europe, to be spread in the South and in latitudes less tied to the pedaling world as well. These new users have made companies like Orbea broaden its range of product offering, without forgetting the amateur cycling or mountain biking, and strengthening ties with customers through new channels such as shop, social networks or the rental of high-end bikes. 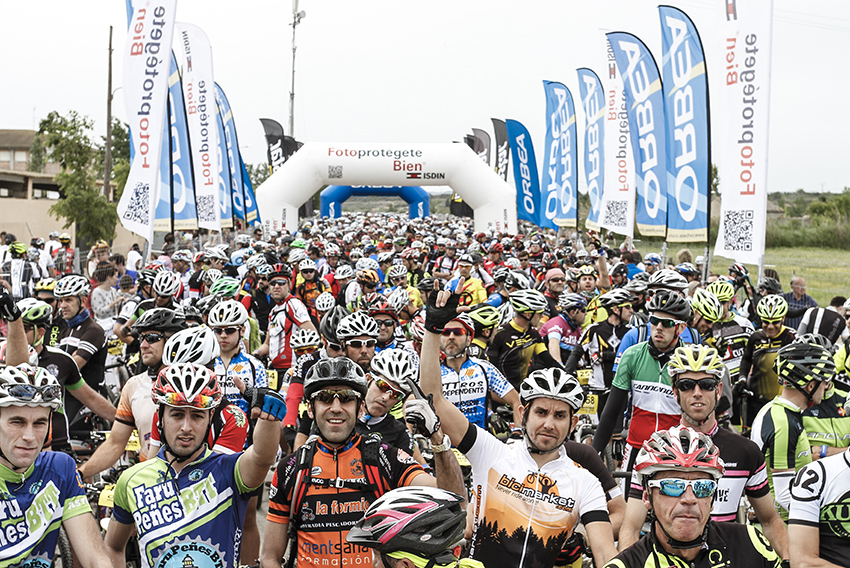 The latest addition to this wide range of products related to urban mobility are electric bicycles, a tool of locomotion that is in progress and has not gone unnoticed by Orbea, who wants to become a leader in this field. In a short period of time the Basque firm has worked carefully to highlight seven different models of electric bikes, with a mountain bike version included.

The coupling of entertainment and competition is offered at social gatherings organized by the Basque company throughout the year like the Pax Avant, which hosts more than 4,000 cyclists in July on the roads of the Pyrenees, the Marathon of los Monegros (Spain), with more than 6,000 bikers cycling through the desert with the same name, and Orbea Travel, adventure cycling trips for outdoors sports lovers in charming locations. These and other initiatives make sure this Basque company stays in permanent contact with its customers and continues to innovate with the passion that it has applied to its products for 175 years.