The Aiete Palace in San Sebastian was the residence of Spanish Royalty, but has mostly been known because it was where the dictator Franco stayed during the summers of his long rule. He was lodging there when in 1940 he went to Henday, a city in the Northern Basque Country, for the well-known meeting with Hitler. Now, in a kind of poetic justice, the palace is home to Globernance, an Institute of growing prestige whose main objective is the research and training in the field of democratic governance.

The Institute of Democratic Governance, Globernance, is a center for reflection, research and the dissemination of knowledge. Its objective is to research and deliver training on democratic governance in order to renew the political thinking of our time. It carries out various research activities in the area of governance in its multiple dimensions through its prestigious publications and organizing congresses, courses and conferences inspiring services which it provides to public institutions.

The concept of governance, understood in a broad sense, refers to a profound change in social action and the forms of government in contemporary societies. There should be a repositioning at a level set by government, the market and society, and in a context marked by globalization, Europeanization and interdependence.

In political science, governance shows a transformation of the statehood in democracies, that is forced to move from hierarchical and sovereign forms, towards more cooperative modalities. 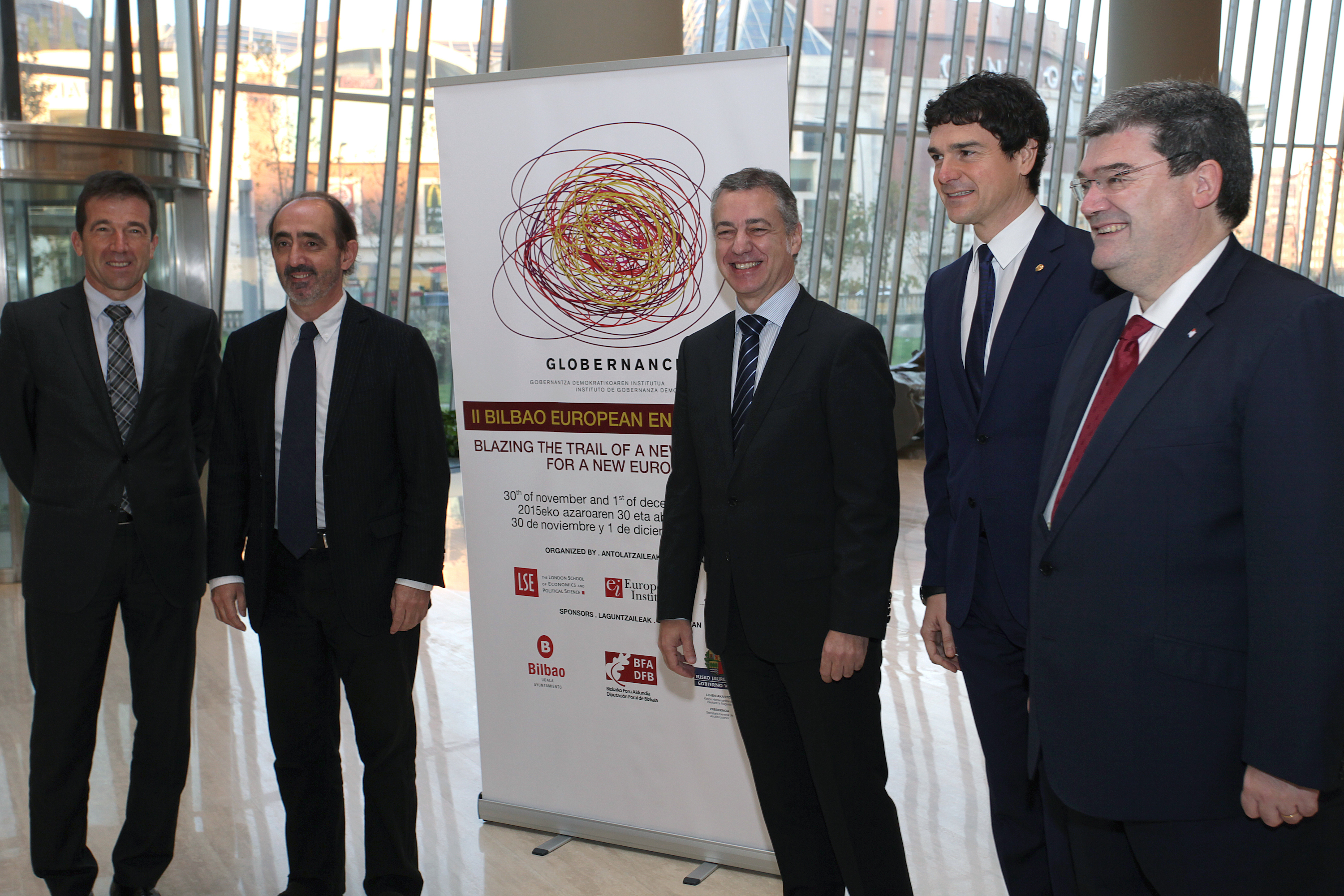 Basque authorities and the promoters of Globernance at the presentation of one of the Bilbao European Encounters editions.  Globernance

But how can the different players be integrated and to what extent? How are different social spheres articulated (economy, culture, politics, media) and the different institutional levels? The objective is to understand and govern communication processes and cooperation between players with interdependent actions. The concept of governance is presented today as the possibility of saving political power from its ineffectiveness and its insignificance, to revive politics and, at the same time, to deeply transform it.

The Enlightened Spirit Adapted to the 21st Century

In 1764 the Royal Basque Society of Friends of the Country was founded, being the first enlightened society of Spain. Its origins were the talks organized by the Count of Peñaflorida, Xabier María de Munibe, held at the Intsausti Palace in the village of Azkoitia with the hope of creating influence from the knowledge and reasoning in scientific, economic, political and social aspects of the era.

This pioneering society was not only open to the influence of foreign academies and societies, but it welcomed many distinguished Europeans as partners.

Now in the 21st century, the team at Globernance has inherited the enlightened spirit that flourished in the Basque Country in the middle of the 18th century and has adapted it to our time, creating an institution that is, in fact, formally a European Association counting on international academicians as its partners and collaborators. They have carried out and continue to make long stays in foreign universities such as the London School of Economics and Political Science or the European University Institute in Florence, allowing the gathering of knowledge and contacts that subsequently are offered to Basque institutions and universities through activities and services provided by the Institute.

In short, the vocation of Globernance is to become a meeting space for dialogue and the exchange of knowledge. It operates in a network with some of the centers of world reference in the field of social and political research. It collaborates with institutions and businesses to promote social innovation and democratic governance. 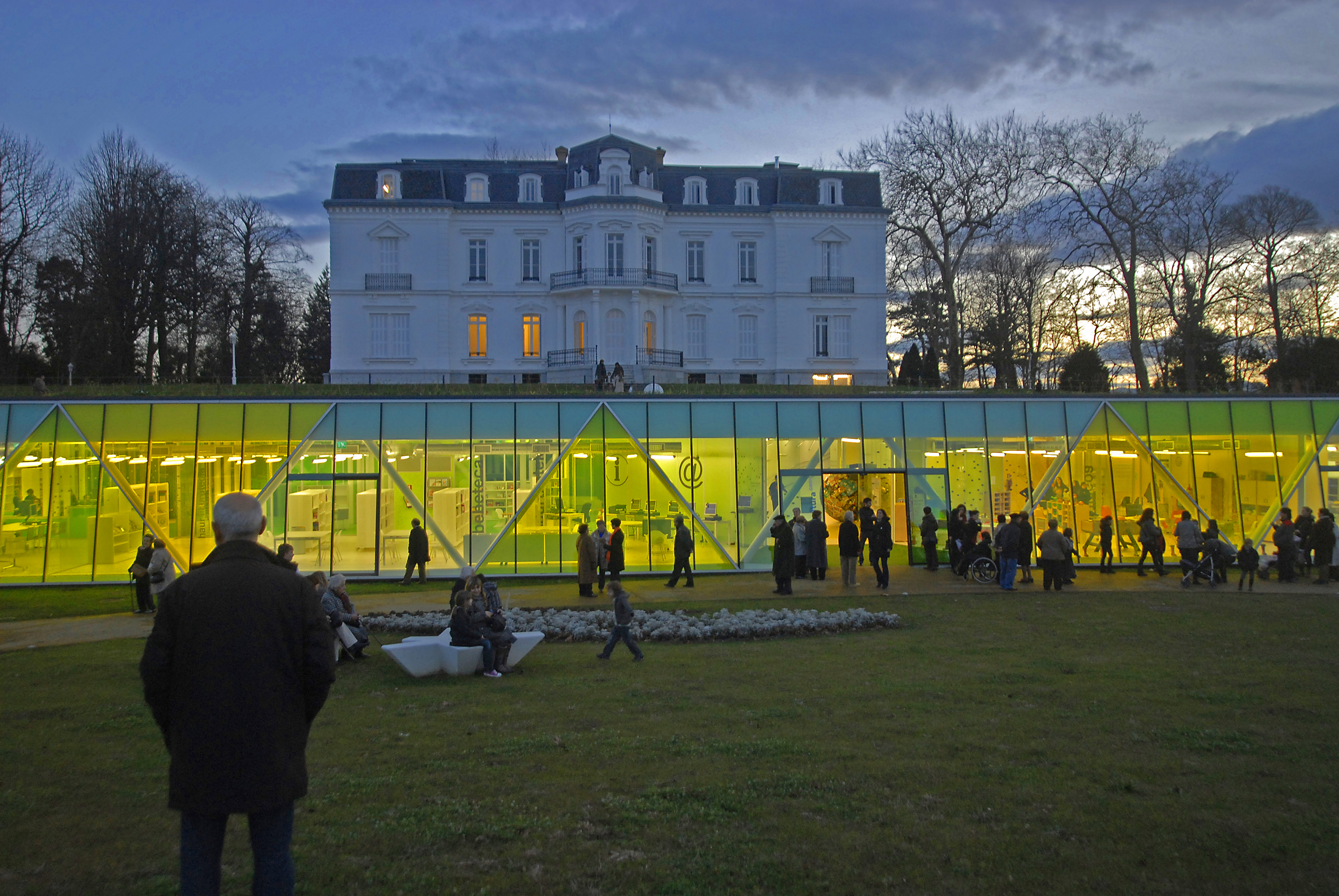 A Physical Space in San Sebastian

Thanks to an agreement with the City of Donostia-San Sebastian, the Institute is headquartered in the Aiete Palace. Until the construction of the Palace of Miramar in 1893, the Aiete Palace was residence of Spanish Royalty: Isabel II, Alfonso XII, María Cristina, and Alfonso XIII. Already in 1940 and until 1975, it was the summer residence of the dictator Francisco Franco. During this period, the Council meetings of Franco’s Ministers were held right there. In fact, the dictator departed from this palace for his well-known encounter in Henday with Adolf Hitler in October of 1940.

With the arrival of democracy, the Aiete Palace began to move away from being an iconic image associated with the violation of Human Rights and it was well into the 21st century when the City ended that process, redefining it as a Home of Peace and Human Rights, where its Human Rights Department works along with other departments, organizations and entities, among them, Globernance.

A Multidisciplinary Team and Incessant Activity

Daniel Innerarity and Juan José Álvarez, Director and Secretary of Globernance respectively, have managed to create a team of researchers and technicians which complement each other perfectly with their experience, know-how and vision for the Institute. A versatile and international team, capable of adapting to the changing challenges of democratic governance.

The main research team has the support of an International Advisory Council and a network of local and international universities and academic centers.

The privileged location, the flexibility of its structure and the challenges addressed today make the Institute a place of interest for many university students seeking locations for research internships. The temporary incorporation of local and international students means a flow of knowledge both in materials and methodologies.

Since its beginning in 2010, the Institute has conducted various research projects, held conferences and seminars and provided services to the public institutions of the area. It has published several books and many academic articles and reviews. It has also led the coordination of 12 European universities in the project, Human Rights in Business of the European Commission, and carried out adaptation and implementation in the municipalities of the Basque Country’s innovative tools of evaluation of ethical conduct developed by the European Council. Currently, it is already an institution of reference in the introduction of integrity systems and in the analysis and dissemination of good practices on a local and European level. 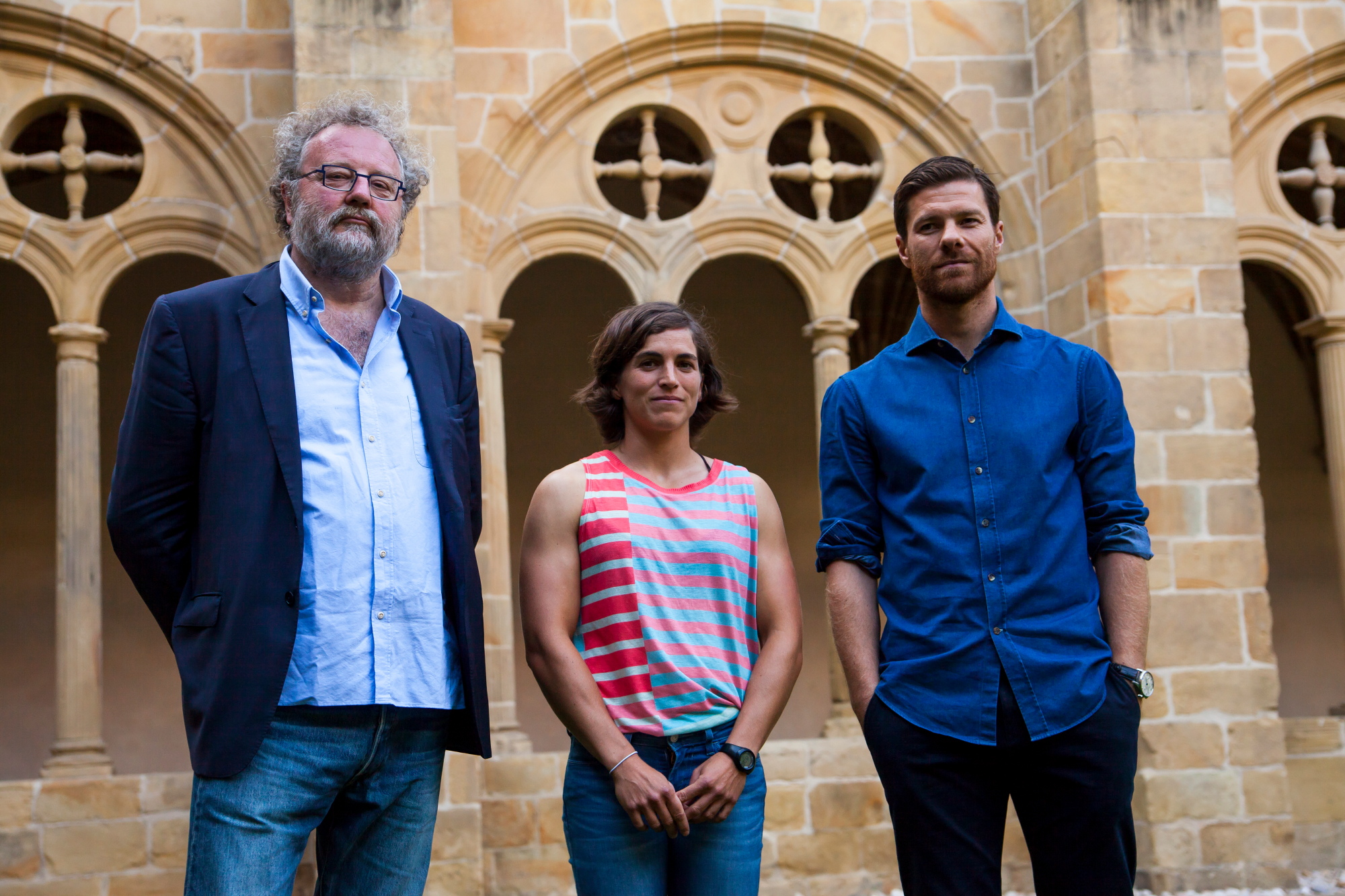 “Europe and Sports” one of the European Dialogues with John Carlin, Maialen Chorraut and Xabi Alonso. Globernance

Since 2013 the international Bilbao European Encounters congress and European Dialogues lecture series have been organized annually, a must-attend event and meeting place for international and local academicians and citizens in general. Its up-to-date themes, quality of speakers and mechanics of the meetings are the added value offered by the Institute in its events of scientific diffusion and dissemination.

So, in very few years, this Basque Institute for democratic governance has acquired unquestionable prestige in multiple academic and institutional fields. This prestige has been constantly expanding, making the Basque Country a reference point in a field requiring a great deal of constant analysis, renovation and adaptation to new contexts and realities.

Mikel Cabello is Technical Secretary and Coordinator of Projects at Globernance