The clever journalist who labeled Patxi López as the first indie “Lehendakari” (President) was right on. During his brief time at the head of the Basque Government (2009-2012) the Socialist politician never hid his passion for music, going to concerts and festivals regularly and openly claiming his preference for independent pop-rock. If you really think about it, affection like that of López is not an exotic hobby in this country. “Lehendakari” or not, just taking a look at the Basque musical scene anyone might catch the indie bug.

But contrary to what happened with the so-called “Basque Radical Rock” in the 1980s or during the burst of pop in Getxo and Donostia in the 1990s, it is hard to find a common denominator that brings this musical movement together. Generally, several languages are used (mainly they sing in English and Spanish, but not excluding Basque either), they encompass different influences (British pop-rock of the 80s and 90s, American, Spanish indie, current bands from Brooklyn) and we cannot identify them by any specific geographic terms either. Although big cities seem to be on the leading front for the genre (and here we must emphasize the importance that Pamplona has obtained recently), some come from small inland towns and others from major coastal towns: Getxo (whose quarry is endless), Zarautz and Hondarribia.

As Paul Weller shouted out “This is a modern world” on the second disc of The Jam, we could also chant to our little indie world. There are basically three well established bands, with extensive experience leading the way: the very madchester group from Getxo We Are Standard, the hedonistic and danceable pop of Delorean from Zarautz and the rockers El Columpio Asesino, the band from Pamplona that is achieving its greatest career success with the “Toro” (Bull) theme. All three of these bands have been going strong with more than 10 years of experience and have become ambassadors of Basque indie.

Deu Txakartegi, leader of We Are Standard, sings in English as if he was the bastard brother of Bobbie Guillespie and it seems that with the recent album “Day” (2013) they have come up with the right formula: more sophisticated and elegant than their previous releases, they mix rock and dance in an intelligent and unpredictable way. Delorean shares the same label (Mushroom Pillow) and they also sing in English although their tendency for an electronic sound has been more decisive so far. In the second half of this year they will release their anticipated new album where according to the record label “more pop-like structures will prevail”.

Thee Brandy Hips, on the other hand, do not beat around the bush: “We do POP and only rehearse when we are happy and if it’s sunny out” they claim on their bandcamp. The group from Donostia belongs to a new batch of indie that, with its second album, “Raincoat” (2012), has aligned them with pop harmony groups with slightly noisy guitars like The Pains Of Being Pure At Heart, and Vampire Weekend.

Grises and Naica, from Zestoa and Hondarribia respectively, also operate with the precision of a pop watch. The playful guitars of Grises can remind us of Two Door Cinema Club and with “No se alarme señora, soy soviético” (Don’t be alarmed Madam, I´m a Soviet) (2013), their second LP, they are conquering the Spanish public. The success of Naica will undoubtedly come with its second work, which is in the process of mixing. Their new compositions, in Spanish, are more direct and sharp guitars are accompanied by beautiful pop melodies with alternation of male-female voices. “Eurie”, on the other hand, is the amazing post-punk letter of introduction of a quartette called Belako. Dark music, full of synthesizers that remind us of Joy Division or, to bring us to the present, The Horrors. Its members are around 20 years of age and ensure that the old factory of Mungia (Bizkaia) where they practice has influenced them in defining their sound. 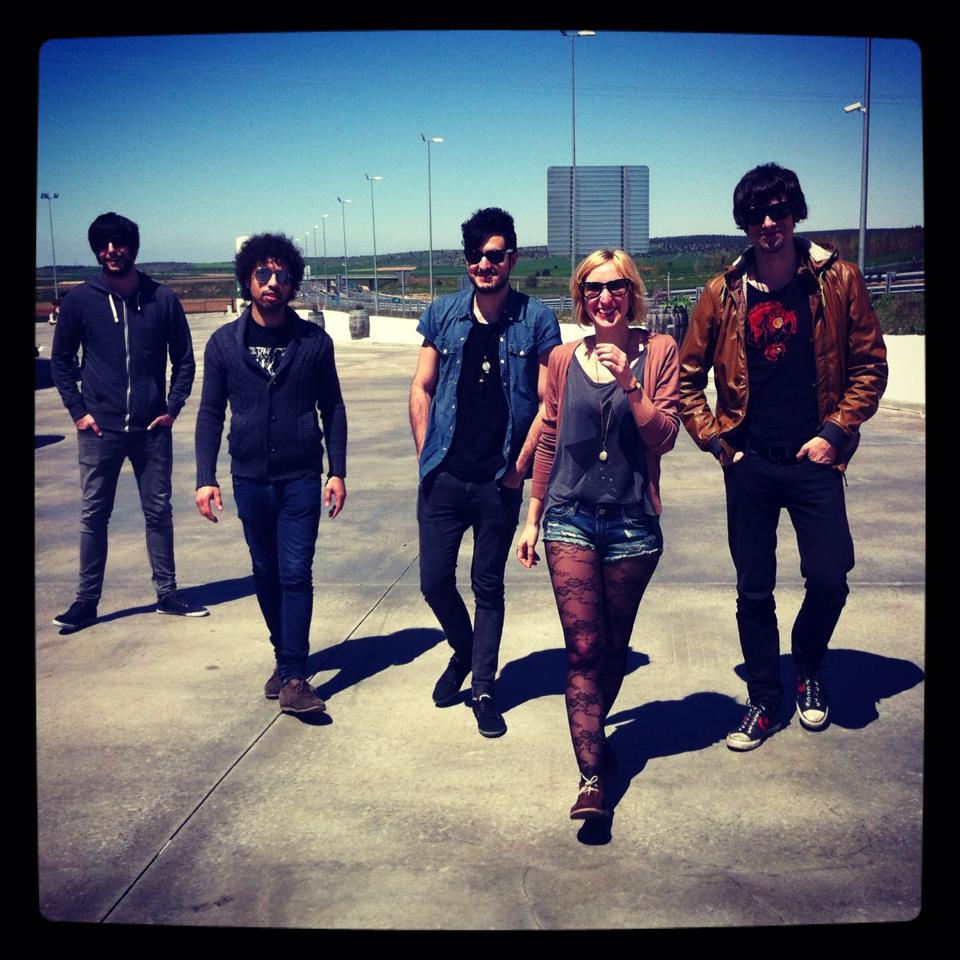 Coming from the sound factory of Getxo, McEnroe also enjoys great prestige. They use Spanish to bathe in sadness (they prefer to call it “melancholy”) songs that do not stray too far from Damien Jurado. With “Las orillas” (The shores), their fourth LP, they may have peaked. Listen to the exquisite, powerful and, yes, sad, “La cara noroeste” (The northwest face). Also reminiscent of Damien Jurado is Lou Topet 31st Crew , having even played their own version of his music in live performances. These young musicians from Zarauz adapt the gentle American language to their music which, sung in Basque, also links to traditional Basque folk music. They have just recorded their debut album, “Esnatu dira”, from which they have released a first single entitled “Irauli II”, a bit heavier than what we were accustomed to in their live performances.

We shift now from The Lookers, the energetic garage trio from Ziburu, in the Northern Basque Country, to Pamplona. Its extensive list of artists (Muy Fellini, Wilhelm and The Dancing Animals, Kokoschka, Almanaque Zaragozano, Panty Pantera, Las Culebras, Amor de Tokyo, Antigua Y Barbuda, Hoey and The Mussels…) deserves a chapter of its own. It is the crux of an Euskal Herria that also has an indie soul.

Basque Language on the Web: Making an Impact

The Institutionalization of the Northern Basque Country

Be the first to comment on "This Is an Indie World"